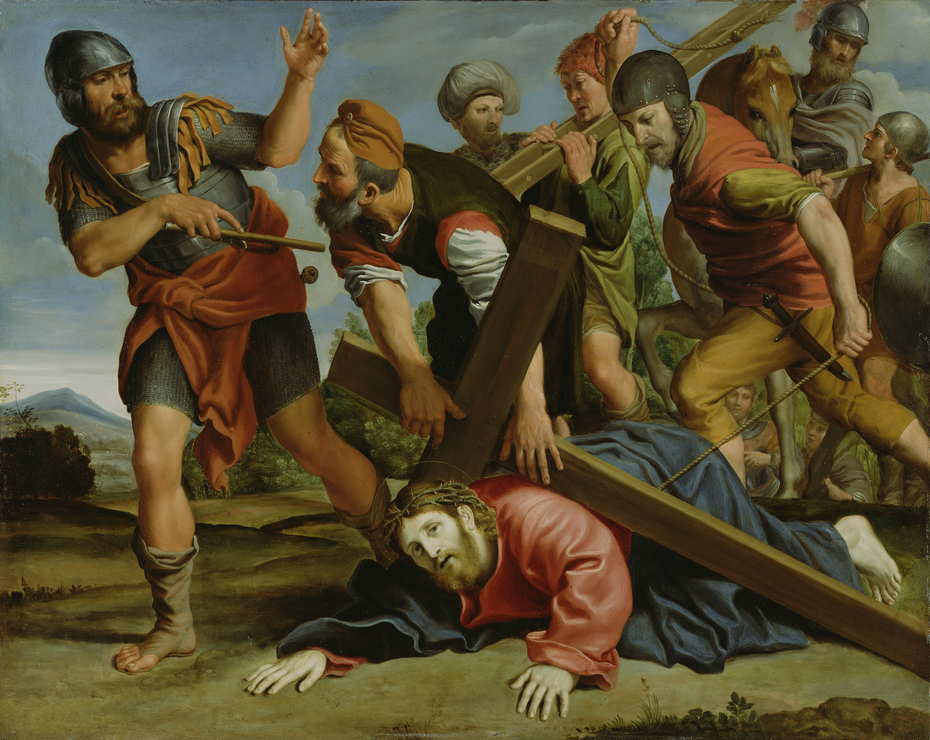 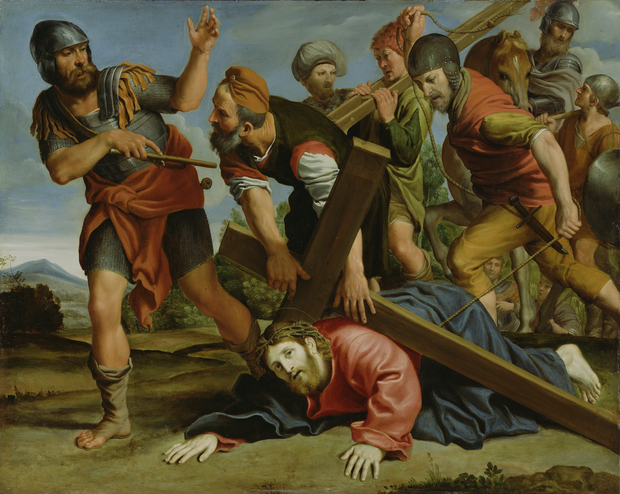 The Way to Calvary

1610
The cross pins Christ to the ground under its weight as he struggles on the way to his Crucifixion. With his mouth parted as if to speak, Christ looks sorrowfully out at the viewer. The large figures and compressed composition enhance the sense of his oppression under the massive cross and the cruelty of his tormentors.

Domenichino paid particular attention to individualized types; the attendant soldiers and executioners seem studiously painted from individual models. A Roman soldier in armor and sandals leads the procession and gestures with a baton at Simon of Cyrene, who tries to assist Christ. Behind them, another soldier tugs sharply on the rope tied around the body of Christ and raises his right arm as if to strike. Shocked faces from the civilian throng that accompanied Christ to Calvary are visible between his legs. In the background are various figures: a man in a fringed red hat carrying a ladder on his shoulders and two more soldiers, one on horseback and another on foot.

The painting's coloring has retained its strong impact because of the superior preservative qualities of oil on a copper surface.