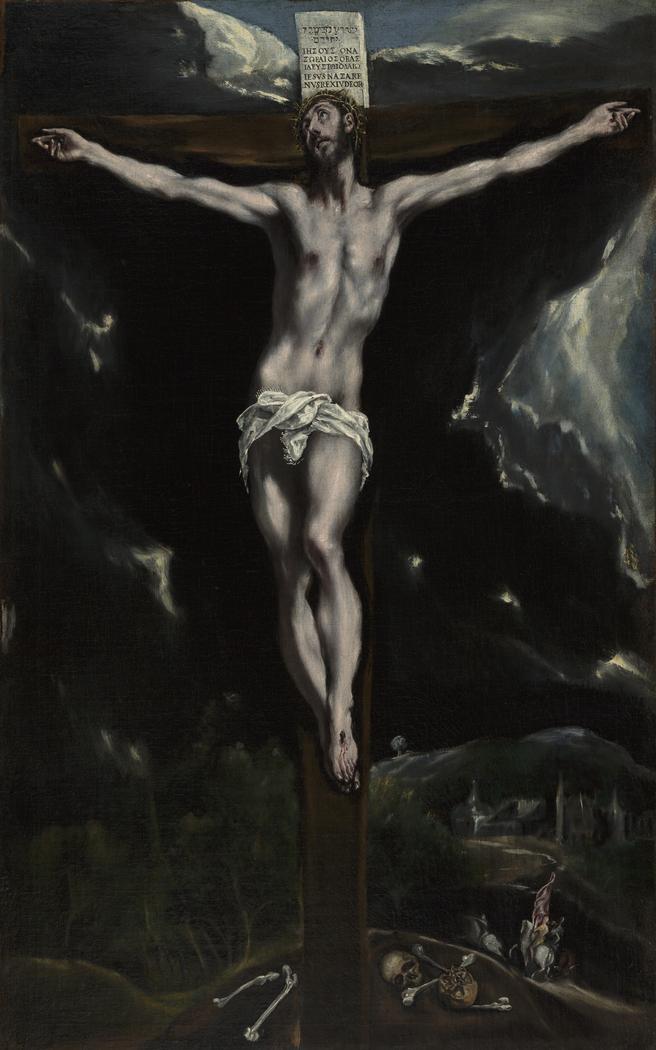 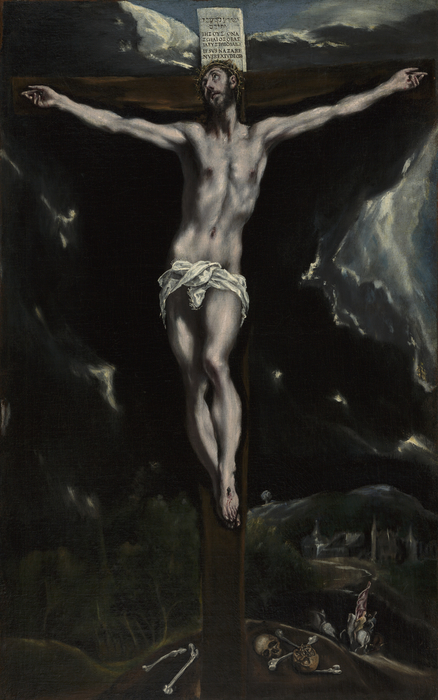 1600 - 1610
Isolated atop a mountain, a gaunt, tormented Christ dominates a nearly empty landscape. On a road leading to the walled city of Jerusalem, horsemen pass by the execution hill, literally turning their backs on Christ. El Greco's use of dramatic colors and exaggerated proportions distorts the figure, conveying the transcendent moment when Christ sublimated his physical pain and commended his spirit to God. Turning his eyes upward toward heaven, Christ looks away from the bones and skulls that lie at his feet, representative of his triumph over death. Light plays across his undulating form, illuminating his tortured body against the dark background. To heighten empathy between the viewer and Christ, the elongated but graceful figure appears alone. This private, devotional image was meant to encourage contemplation and spiritual reflection.

Few paintings by El Greco can be entirely attributed to the artist himself, rather than his workshop. Scholars conclude that the bold handling of paint on this canvas, which includes undulating contours and vigorous dashes, confirms that El Greco painted it himself. Purchased by a Spanish family at a flea market around 1950, it remained in their possession until recently.