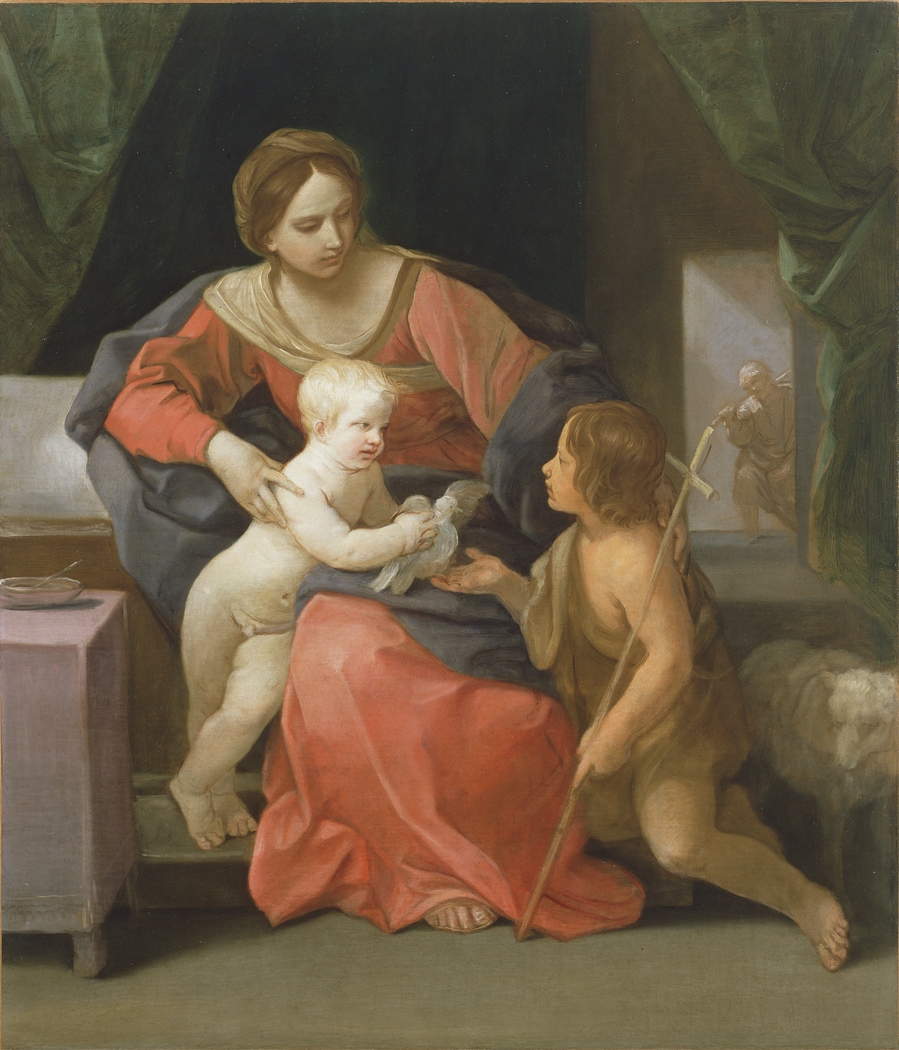 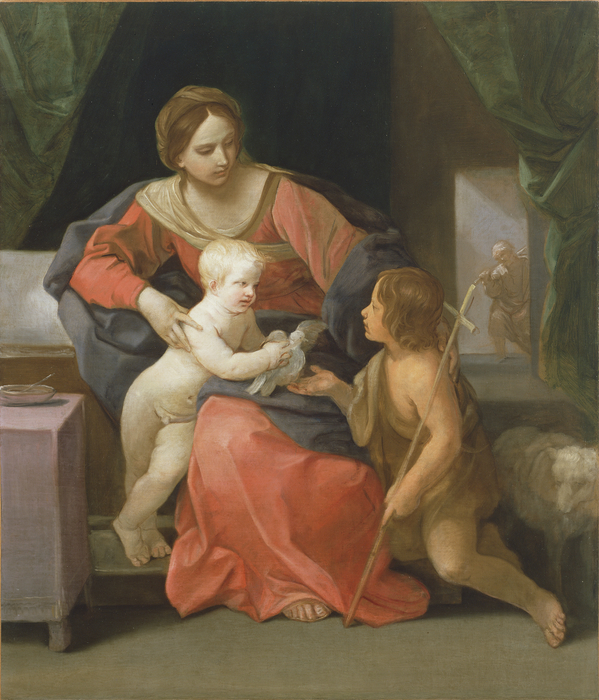 Virgin and Child with Saint John the Baptist

1640 - 1642
In this depiction of a meeting between the young Christ and Saint John the Baptist, Guido Reni eliminated unnecessary detail and concentrated on the scene's emotional qualities. The eyes of the two children meet as Mary looks on. The doves that the Christ Child gives to his cousin are an allusion to both Jesus's future role as the King of Peace as well as his eventual sacrifice. Joseph enters through a doorway in the background.

Although using oil, Reni applied his color with the broad brushwork of fresco painting. He outlined important details with dark, jagged strokes. It was once thought that the sketchy appearance of Reni's late works meant that they were unfinished, but like many aging artists, Reni pared form and color to the bare essentials for purely expressive purposes.

Lost for centuries, this painting reappeared in the possession of a family in Michigan who sold it to the Getty Museum in 1984.

License:
Courtesy of The Getty
For more:
http://www.getty.edu/art/collection/objects/742/guido-reni-…