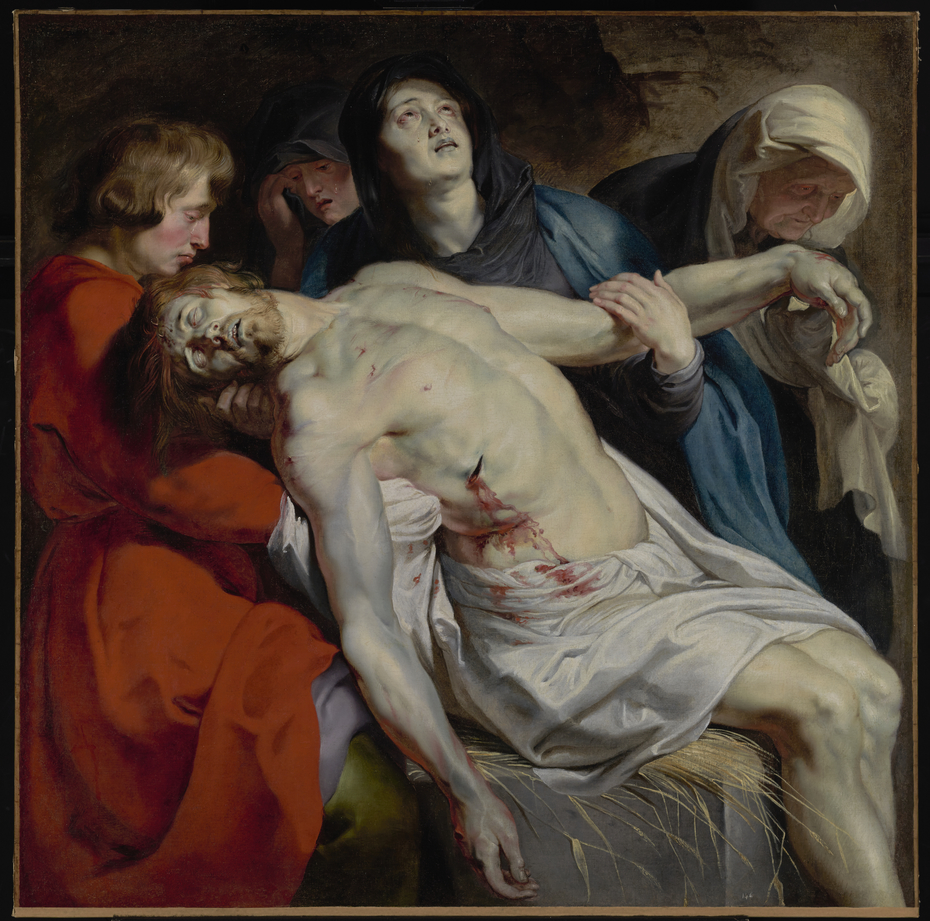 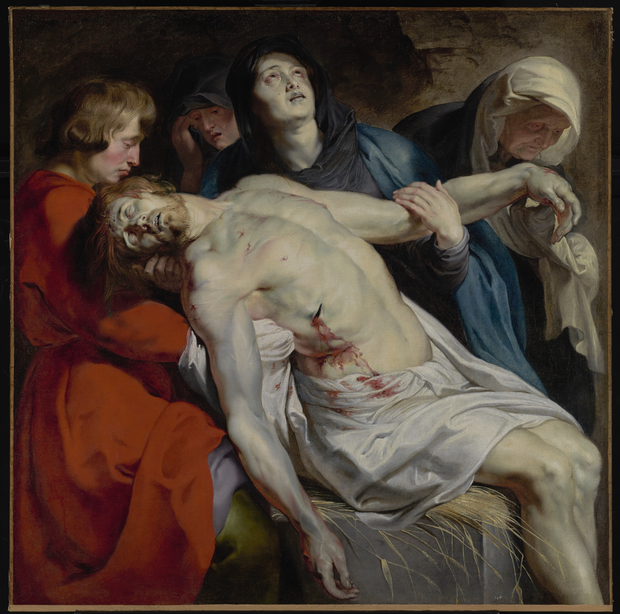 1612
Peter Paul Rubens depicted the moment after the Crucifixion and before the Resurrection when Christ is placed into the tomb. He is being supported by those closest to him in life: John the Evangelist, in a brilliant red robe, bears the weight of Christ; Mary Magdalene cries in the background; while Mary, the mother of James the Younger and Joseph, bows her head in sorrow. Mary, the mother of Christ, cradles his head and looks heavenward for divine intercession.

The Entombment was meant to make the viewer's religious experience personal and encourage the faithful to imagine the physical horror of Christ's Crucifixion. Christ's tortured features confront the viewer, and our attention is focused on his corpse, sacrifice, and suffering. Wounds are openly displayed: blood flows from the gaping laceration in Christ's side and the puncture wounds on his hands. Rubens contrasted the living and the dead by juxtaposing the lifeless body and green-tinged skin of Christ with the healthy complexion of St. John.

This painting was probably made to serve as an altarpiece in a small chapel, perhaps one dedicated to the Eucharist. The slab on which the body is placed suggests an altar, while the sheaf of wheat alludes to the bread of the Eucharist, the equivalent of Christ's body in the Mass.

License:
Courtesy of The Getty
For more:
http://www.getty.edu/art/collection/objects/863/peter-paul-…