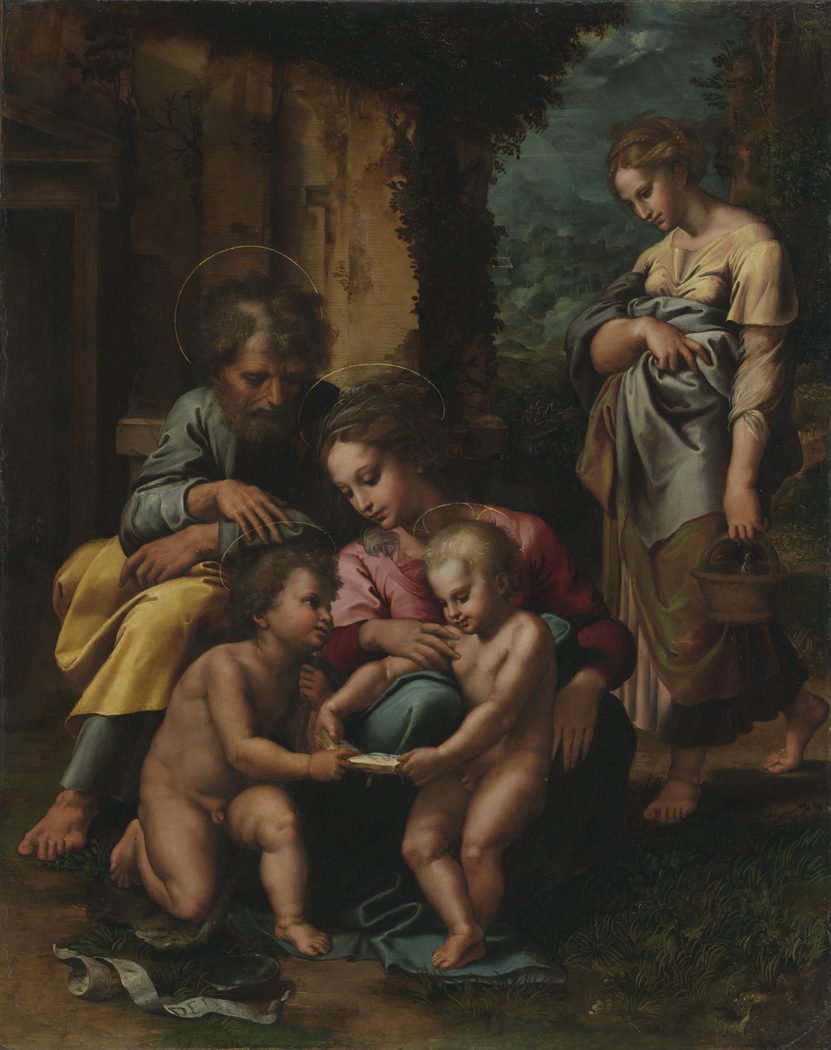 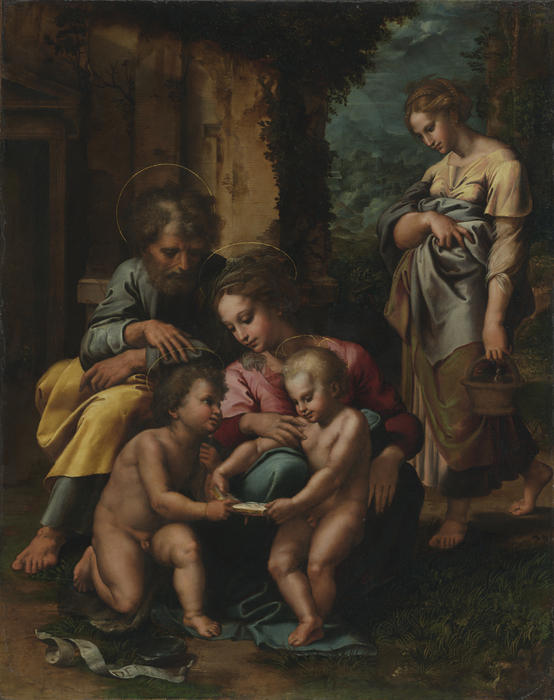 1520 - 1523
Giulio Romano set Christ and John the Baptist's first meeting on the day of the traditional Jewish purification ceremony, forty days after John the Baptist's birthday. The meaning of this enigmatic painting is unclear, and it has been known by several titles. At right a woman carries a basket with two turtledoves, the required offering of the poor. After the purification ceremony, at which the priest recognized Christ's destiny, Mary, Joseph, and Jesus visited her cousin Elizabeth and John the Baptist, Elizabeth's son. Precociously, Jesus opens a book, showing that his birth signaled the debut of a new era. The scroll, one of the Baptist's attributes, reads Ecce Agnus Dei(Behold the lamb of God).

As Raphael's most important protégé, Giulio adapted Raphael's late style in the darkly evocative landscape and these tightly interlocked figures and idealized female faces. Features typical of Giulio's work include the metallic palette, muscular figures with heavy features, and lively details such as the dog dashing out the doorway at left and the all'antica landscape at right.

License:
Courtesy of The Getty
For more:
http://www.getty.edu/art/collection/objects/899/giulio-roma…