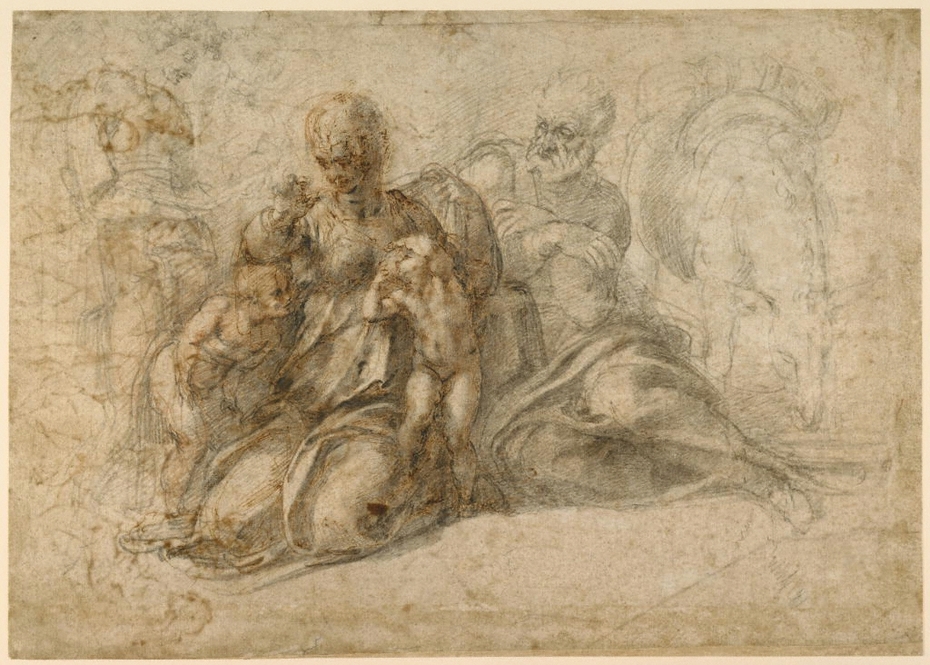 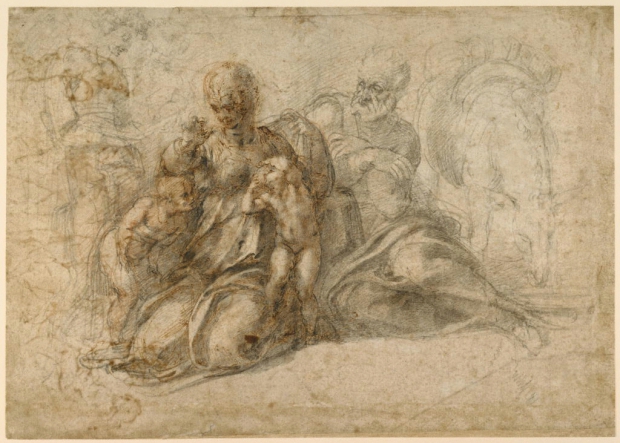 The Holy Family with the Infant Saint John the Baptist (recto); Amorous Putti at Play; Head of a Bird (verso)

1530
Although Michelangelo Buonarroti used the theme of the Madonna and Child many times during his life, here he chose to represent a variant of the motif, one not specifically related in the Bible but commonly depicted by artists in the 1400s and 1500s. The infant Saint John the Baptist and two angels join the Holy Family on an interlude in their flight into Egypt to escape Herod's massacre of Jewish male newborns. To the right, a lightly drawn donkey grazes; the angels are barely discernible at the top left. The focus of attention, however, is the central group of the Virgin and the two children.

Michelangelo achieved a solid, sculptural effect by using a combination of different media drawn on top of each other: underdrawing with a stylus, black and then red chalk, followed by pen and brown ink. Finely modulated hatching and cross-hatching enhances the figures' sense of three-dimensionality. Changes reflecting Michelangelo's creative working methods are visible in the head of the Virgin, which is positioned simultaneously looking downwards to the left and upwards to the right.