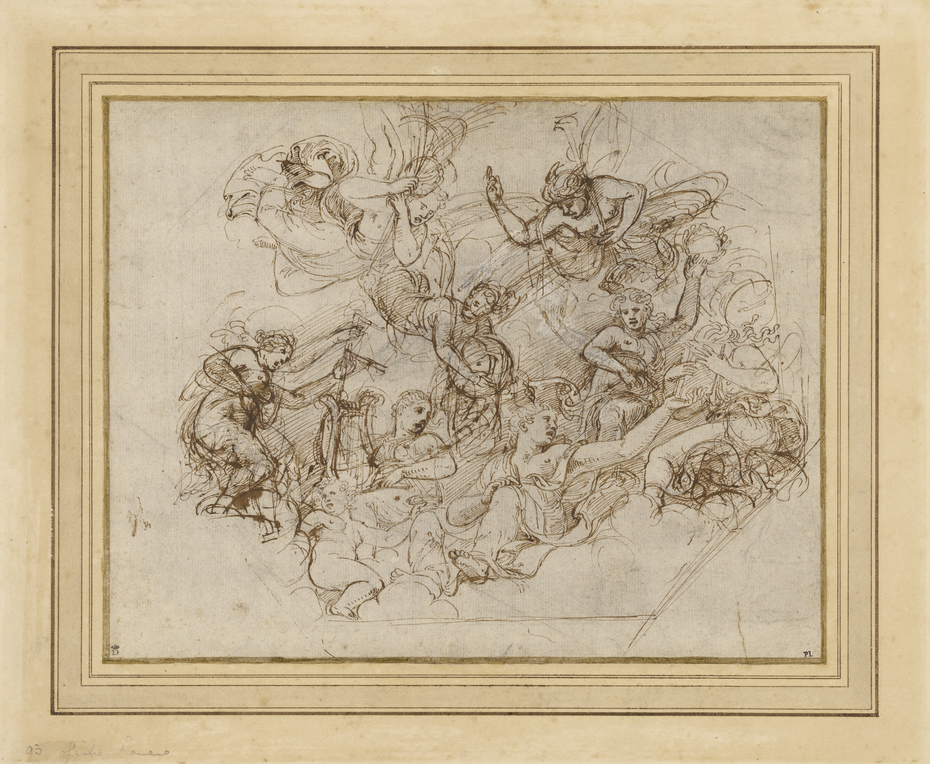 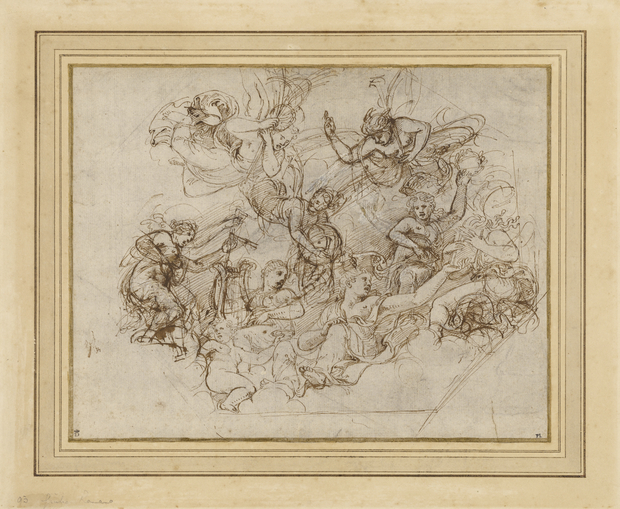 An Allegory of the Virtues of Federico II Gonzaga

1530
Seated on the edge of a cloud, in the center of the bottom of this drawing, a personification of the city of Mantua reaches out to receive a book from another figure at the right. Others circle above her holding in their hands such attributes as a globe, a lute, and a wreath. The god Mercury, identifiable by his winged helmet, hovers in the upper right corner.

Giulio Romano produced this design as a study for his patron Federico II Gonzaga's Palazzo del Tè, outside of Mantua. Intended to glorify Federico and his reign, it presents the central ceiling fresco of an addition to the palazzo. The numerous pentimenti in the drawing show that Giulio continued to experiment with the arrangement of the figures. For example, the right arm of the woman with a wreath was originally extended, holding a book. The figure on the far left, whose left arm reaches towards the center, was originally drawn slightly higher.