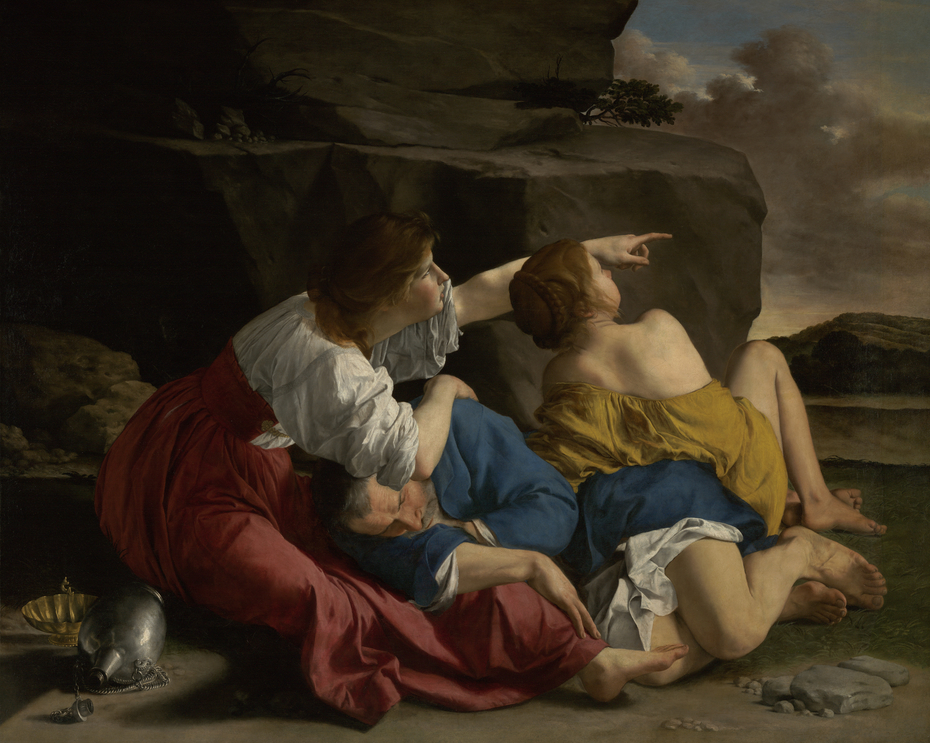 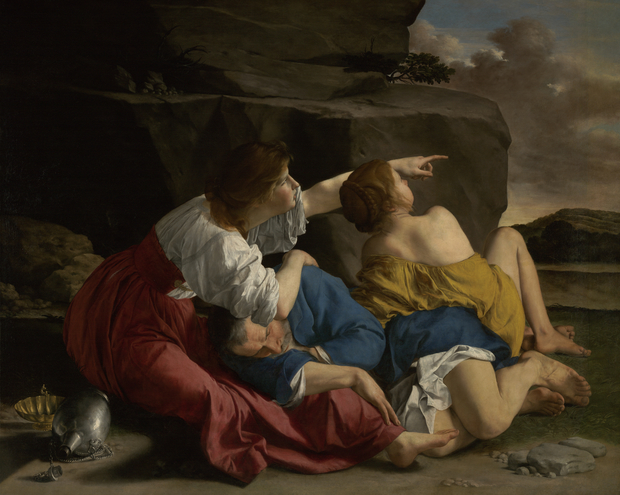 Lot and his Daughters

1622
From the safety of the cave where they have taken refuge, Lot's daughters gaze toward God's annihilation of the city of Sodom, an event taking place outside the painting's borders. Strong light rakes across the three figures, gracefully posed to reflect their pensive emotional states.

Believing that they alone survive to perpetuate the human race, the daughters have plied their father with liquor, as the empty silver flask and golden cup at left make clear. Unbeknownst to Lot, each daughter will mate with him and bear him a son, Moab and Ammon, the founders of tribes often pitted against Israel. This subject was popular in the 1600s not only for its inherent irony but also for the dramatic contrast between the heightened senses of the daughters and the inebriated state of their father. The biblical theme also provided a righteous pretext for alluding to a titillating taboo.

License:
Courtesy of The Getty
For more:
http://www.getty.edu/art/collection/objects/108894/orazio-g…