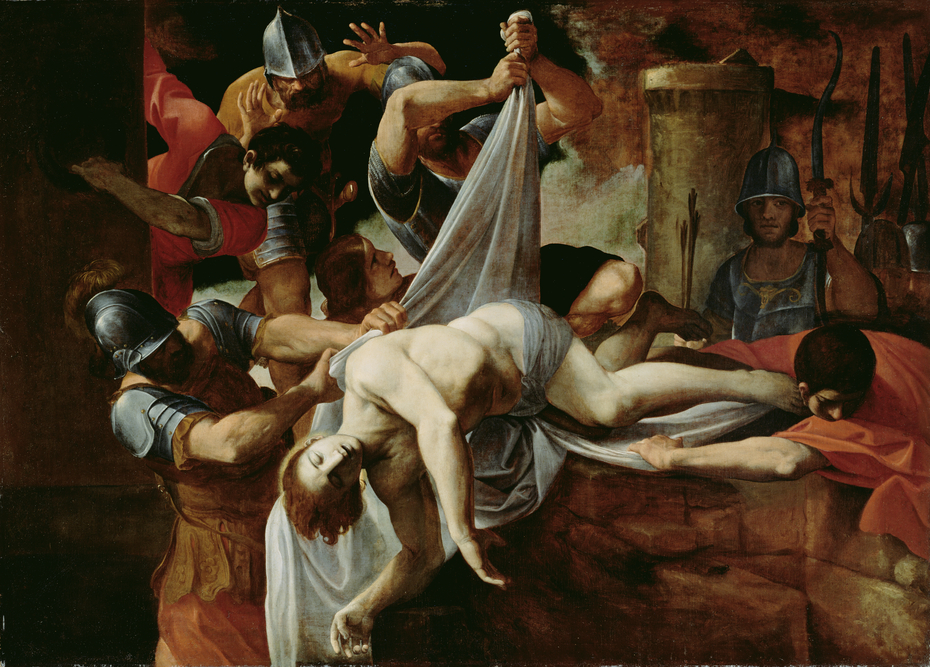 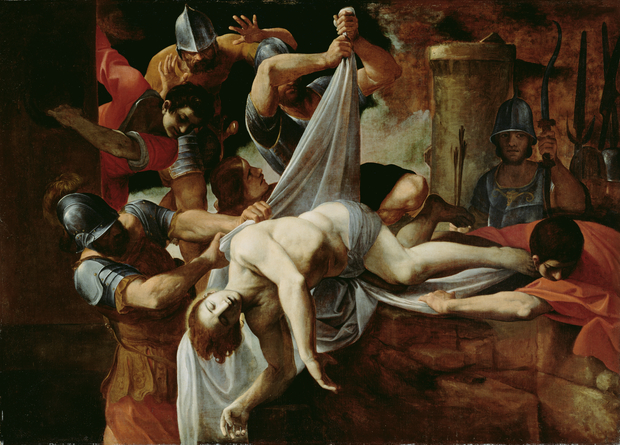 1612
Although Saint Sebastian is usually depicted bound to a tree or pillar and pierced by arrows, that attempt by the Romans to take his life was unsuccessful. Ludovico Carracci chose to represent the moment after the subsequent deadly beating, when Roman soldiers dumped Sebastian's limp and lifeless body into a sewer.

Against the dark of night, brutish soldiers lift and tug the dead saint's body. Ludovico contrasted the tensile strength of their straining bodies with the slackness of the saint's limbs, head, and facial muscles as he falls into the sewer's depths. The night atmosphere is dark and thick: figures seem to emerge from the blackness. Light glints dully off helmets and armor, but the soldiers' faces are unreadable. A bright light suffuses the body of Saint Sebastian, making him the focal point of the composition.

In 1612 Cardinal Maffeo Barberini commissioned this painting from Ludovico for his family's chapel in the Church of San Andrea della Valle in Rome. The chapel commemorated the site where Saint Sebastian's body was recovered from the sewer, called the Cloaca Maxima. Barberini decided to keep the painting in his private collection, believing that an image of the recovery of Sebastian's body by Christians was more appropriate for the church.

License:
Courtesy of The Getty
For more:
http://www.getty.edu/art/collection/objects/617/lodovico-ca…