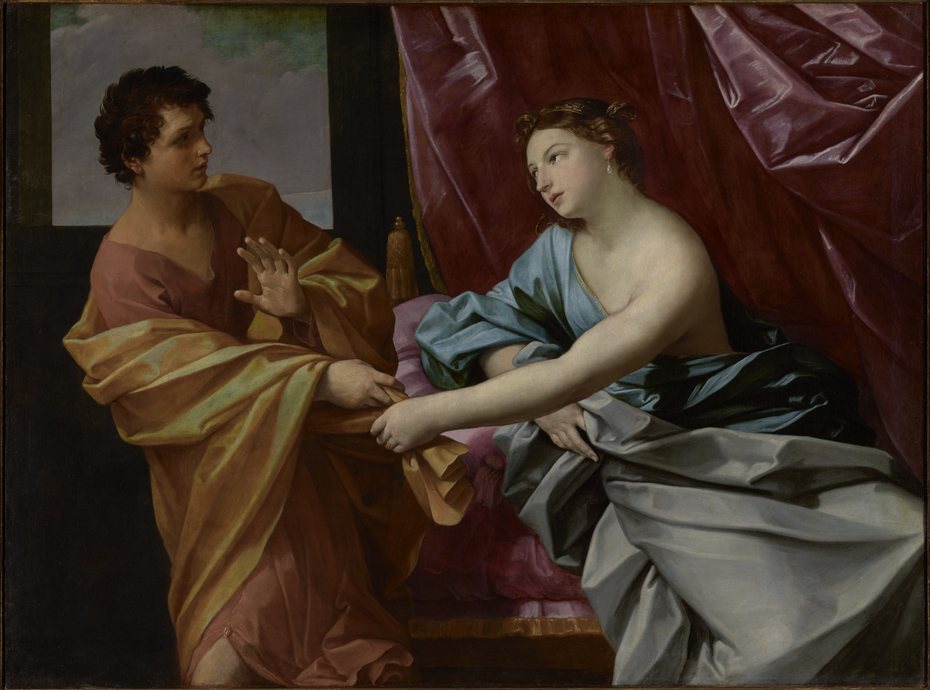 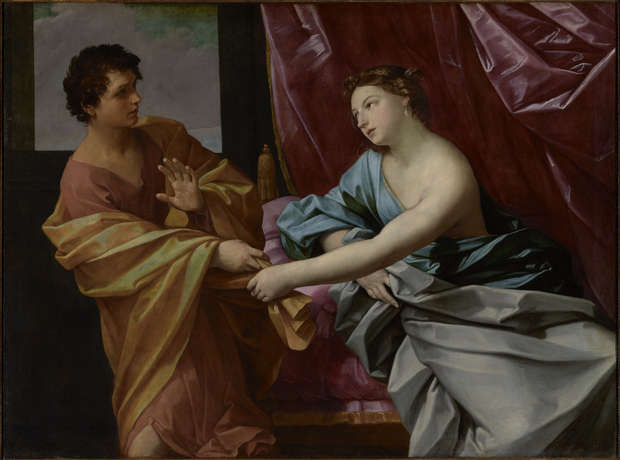 1630
After the young Joseph's jealous brothers sold him into slavery, Potiphar, captain of the Pharaoh's guard, purchased him as a household slave. Realizing his abilities, Potiphar soon made Joseph overseer of the household.

Potiphar's wife also recognized the young man's talents and tried to seduce him. Shown here, she clutches at Joseph's robes and begs him to make love to her. Joseph refuses, raises his left hand as if to shield himself from her, and turns to flee. The two figures are caught in a struggle: Joseph pulls back while the seductress reaches out to grasp his cloak. Flowing, shimmering draperies and the figure's gestures express Joseph's entrapment, both by Potiphar's wife and by the cloak. In his haste, he will leave his cloak behind in her hands; humiliated, she will accuse Joseph of attempted rape, using the cloak as evidence.

License:
Courtesy of The Getty
For more:
http://www.getty.edu/art/collection/objects/867/guido-reni-…