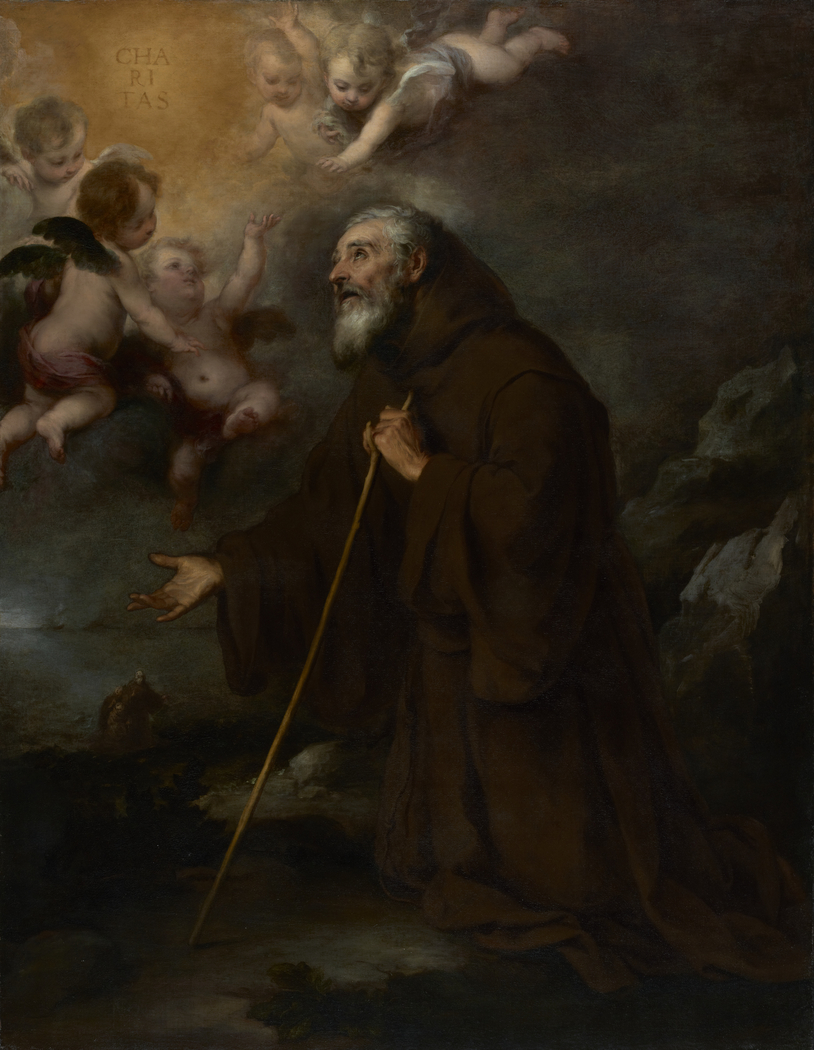 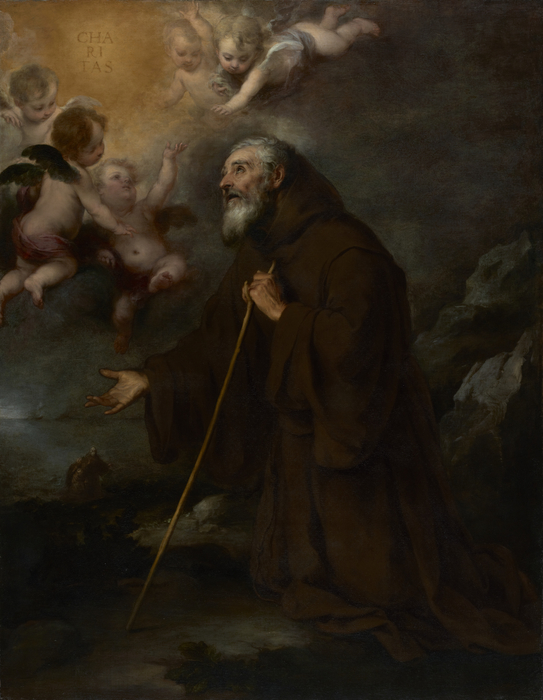 The Vision of Saint Francis of Paola

1670
Saint Francis of Paola is portrayed kneeling in the midst of a desolate landscape, dressed in drab clothing and leaning on a walking stick. The bearded old man expresses devotion to God through a heavenward gaze and a pious gesture. The painter, Bartolomé Esteban Murillo, contrasted the saint's humble presence with a brilliant, spiritual vision and a miracle he performed during his lifetime.

Murillo combined a realistic approach with an expressive manipulation of paint to underscore this unity of the earthly and the spiritual. The painting is mostly rendered in subdued, earthy tones. But a soft, intense glow infuses the word Charitas (Charity), bathing five hovering putti and the saint in a wash of golden light. Saint Francis of Paola founded the austere but charitable monastic order of the Minims, whose motto was "charity." Surrounding the saint, light barely illuminates the dark, rocky terrain. But a bright area in the distance draws attention to a narrative scene: The saint stands on the shore of the Straits of Messina with two companions. After a ship refused them passage, Saint Francis performed a miracle by calming the stormy waters and ferrying the men across on his cloak.

License:
Courtesy of The Getty
For more:
http://www.getty.edu/art/collection/objects/220342/bartolom…