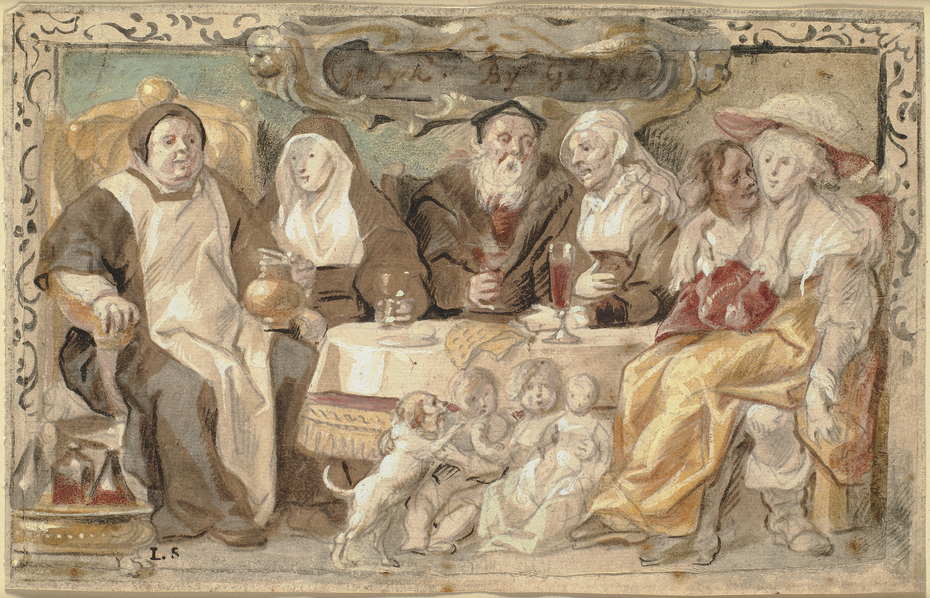 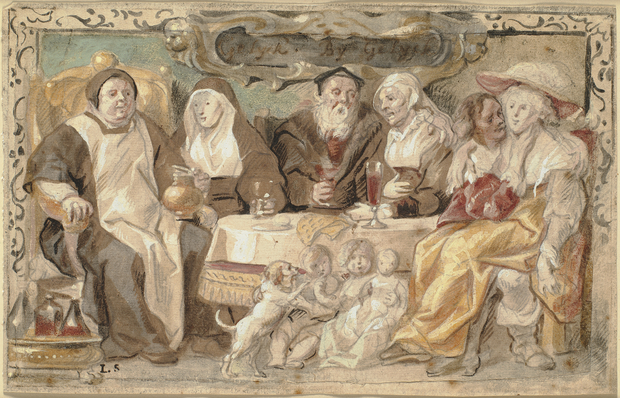 1640 - 1645
At the end of the 15th century, Netherlands artists such as Hieronymus Bosch (c. 1450-1516) and Pieter Bruegel the Elder (c. 1527-1569) helped create the tradition, still alive far into the 17th century, of illustrating proverbs and other popular wisdom. Jordaens was one of the last great practitioners of the genre.

The illustration of the proverb
In order to leave no doubts as to the picture’s contents, the artist has illustrated the point that one should stick with one’s own class by presenting four couples, each of them personifying the simple message with almost demonstrative didacticism.

All are seated around a table, their faces turned to us as though on a stage. On the floor is a boy with a dog (or the other way around) and a girl with a doll; to the right is a pair of young lovers locked in a tender embrace; in the middle an elderly married couple sings; and to the left we see a friar and a nun, an odd couple, perhaps – and yet!

Another motif - another proverb
On closer inspection, perhaps this picture also incorporates another motif: an illustration for a proverb often used by Jordaens: ”As the old sing, so the young pipe”, as the little boy and girl purse their lips, seemingly mimicking the old people’s song. In another of the artist’s pictures the proverb is illustrated very literally: the girl plays a whistle, while the boy smokes a pipe.﻿