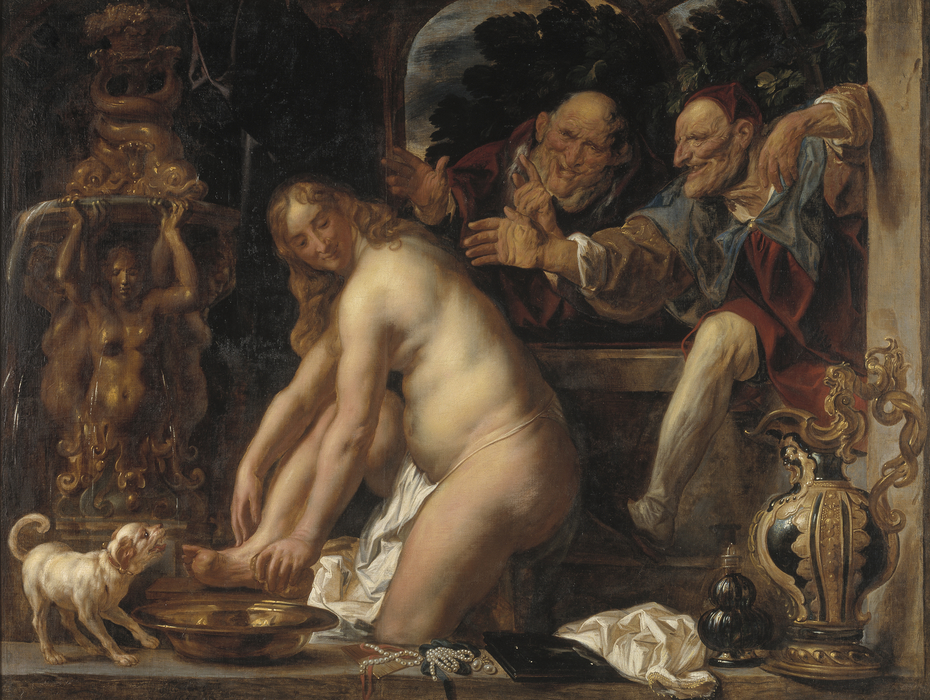 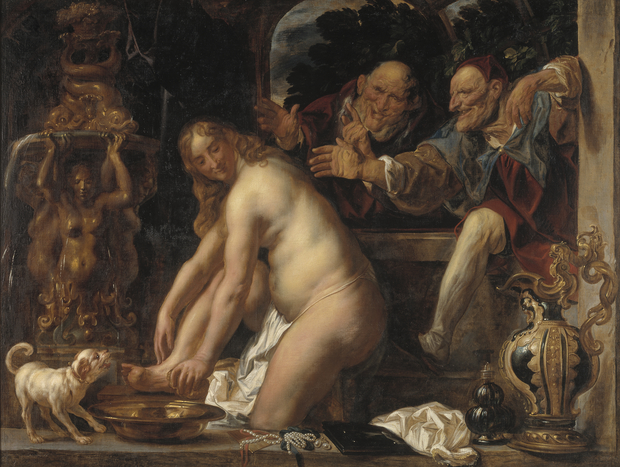 Susanna and the Elders

1653
The story of Susanna is related in the Apocrypha of the Old Testament.

The story of Susanna
Married to a wealthy man, Susanna fell victim to her own beauty as two old judges who lusted after her schemed against her. One day, while she was bathing in the gardens as was her wont, they came out from hiding and threatened to accuse her of adultery with a young man unless she surrendered herself to them. Despite the prospects of being sentenced to death Susanna refused them.

At the eleventh hour she was saved from the humiliating allegations by the young Daniel who cross-examined the two elders and exposed them as slanderers.

In accordance with Flemish baroque ideals of beauty Jacob Jordaens depicts Susanna with quite a voluptuous physique and has even put a smile on her face.