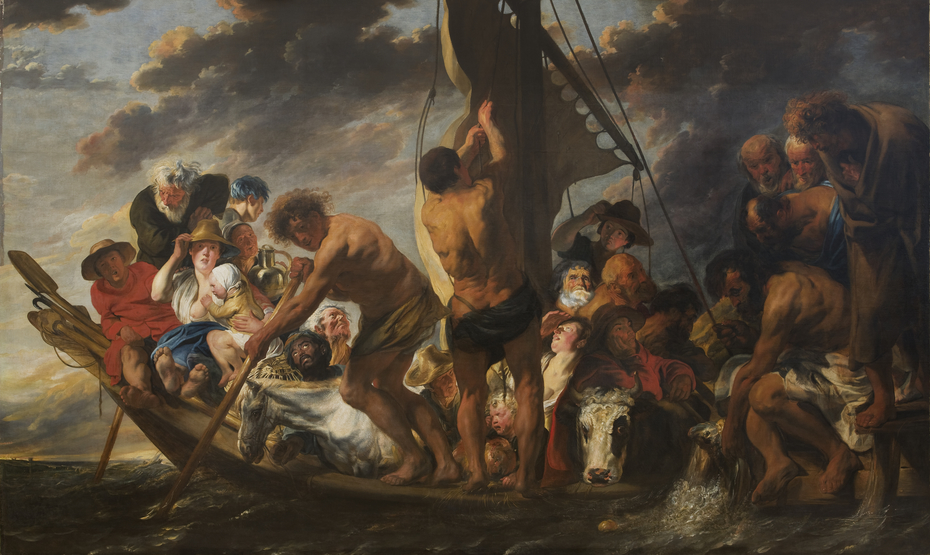 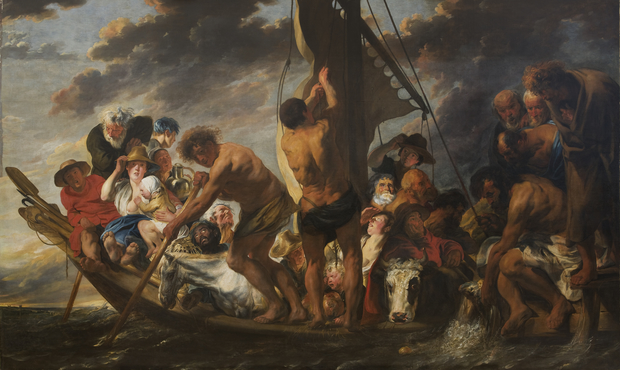 The Apostle Peter Finding the Tribute Money in the Mouth of the Fish. Also called "The Ferry Boat to Antwerp."

1623
The title refers to the Gospel according to St.Matthew (17:24-27) and points to the figure composition on the landing stage to the right.

Jesus has sent the apostle Peter to the lake at Capernaum where he miraculously finds a coin in the mouth of the first fish to bite. The coin allows Jesus and his disciples to pay compulsory tribute money to the temple in Jerusalem.

Jordaens' artistic development
Throughout his long life Jacob Jordaens underwent a process of artistic growth and development that took him from the high level of detail appearing in Tribute Money to a native version of the Baroque devoid of the classical ideals of beauty that permeated the works of his fellow artist Peter Paul Rubens (1577-1640).

Not until after Rubens died in 1640 did Jordaens get a share of the royal commissions; up until that times he found his clients almost exclusively among the wealthy middle classes.