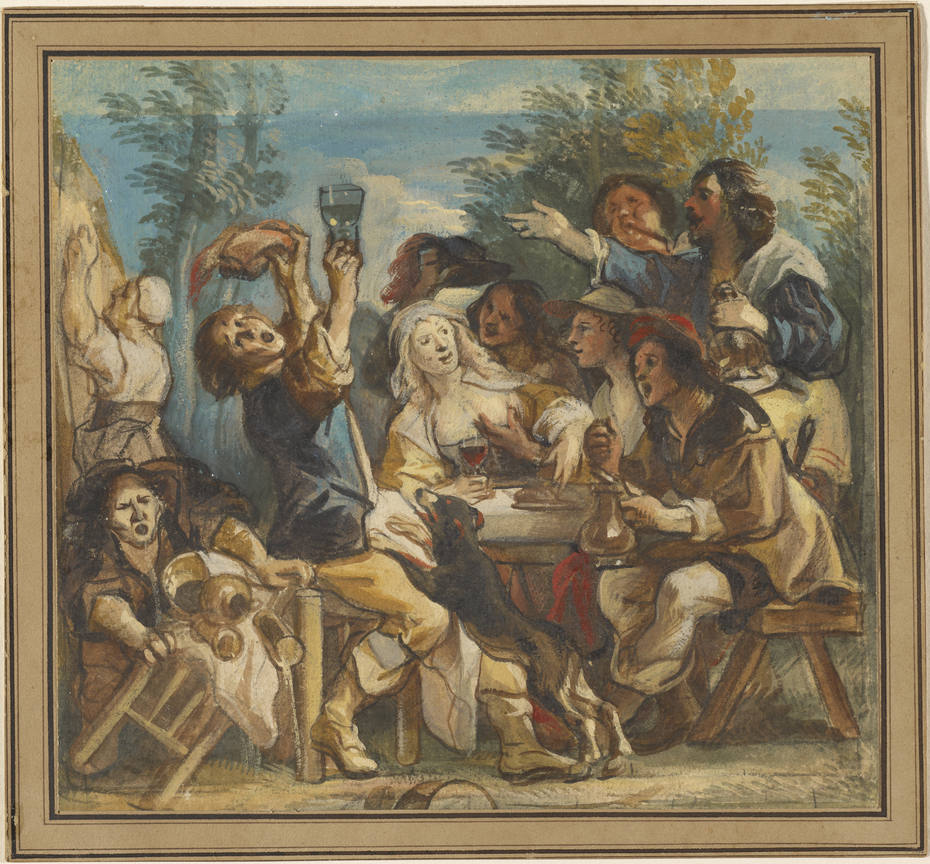 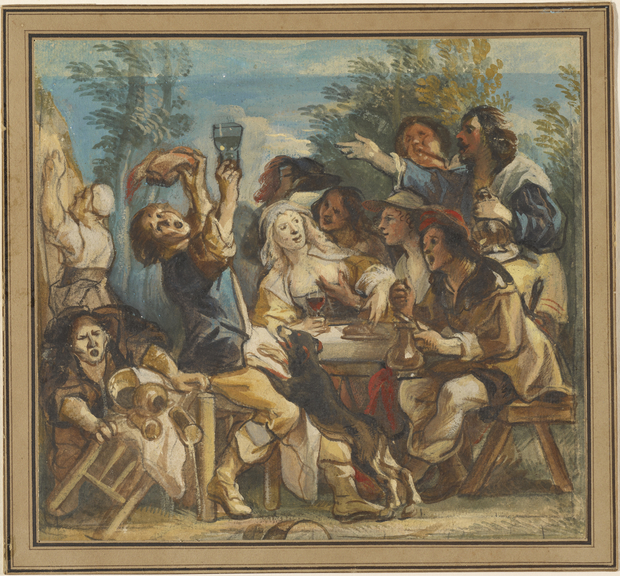 1644
While enjoying the pleasant weather outside a tavern, this rowdy group of merrymakers finds added delight in wine, song, and women. Seated at the center of the table, a woman clutching her glass shrinks from the brazen advances of a drunken man. On the left, a man throws his arms in the air, abandoning himself to song and capturing the attention of a dog whose paws rest in his lap. Other singing men surround the table, accompanied by a bagpipe player in the rear. On the far left, an intoxicated fellow has knocked over the crockery and is vomiting.

Jacob Jordaens heavily worked this drawing with gouache and watercolor to create a rich finish that reflects the earthy humor of the subject. Using broken, angular lines and a delicate balance of light and shadow, Jordaens imbued his figures with movement and depth.

Jordaens's raucous scene may have served to illustrate a popular proverb of the 1600s: "Ill gained, ill spent." Like many Dutch artists of his time, Jordaens depicted moral sayings in many of his drawings and in a set of tapestry designs that was purchased by the governor of the Spanish Netherlands in 1647.