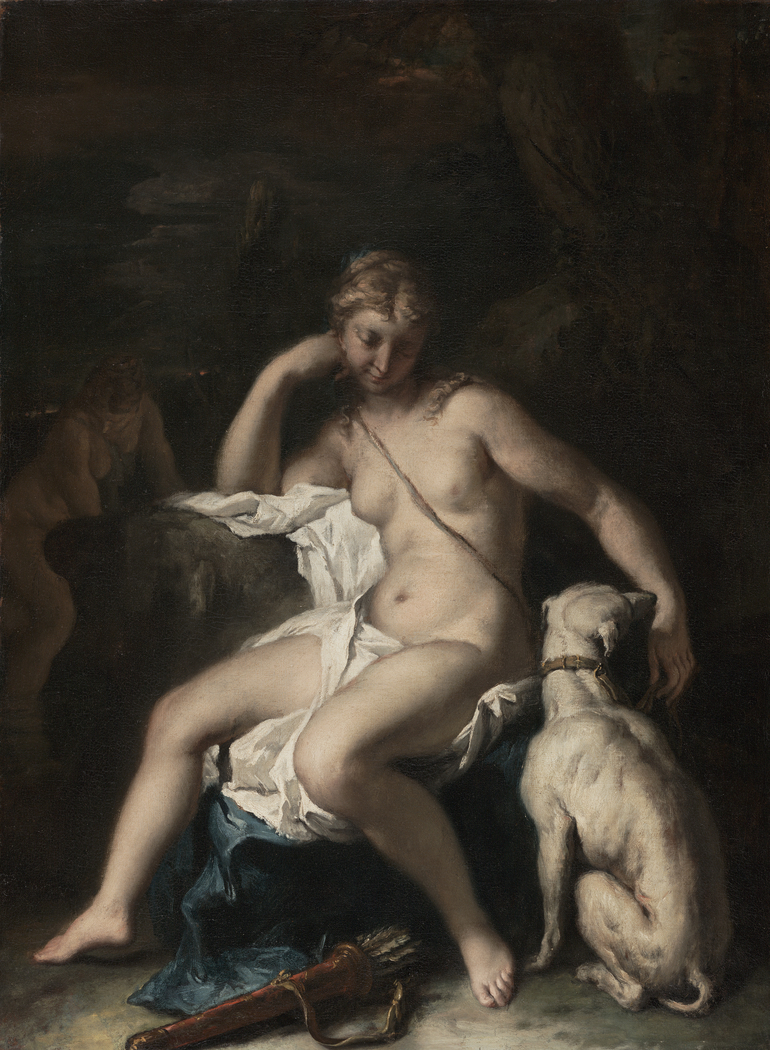 Diana and Her Dog

1717 - 1720
Rather than being engaged in a heroic mythological story, this Diana, goddess of the moon, simply rests languidly in a world of her own. Lost in thought as her greyhound nuzzles her arm, she has dropped off her garment and seems spent from a long day of hunting

Sebatiano Ricci characteristically employed this graceful, elongated figure type and lively brushwork, but the muted palette, modest dimensions, and reflective tone are unusual for him. Perhaps he restrained his normally bold colors here because he depicted Diana at dusk. This painting shows his transition to a more Rococo style of pastel colors and a lighter touch, leaving behind his earlier Baroque compositions with their dramatic gestures, bold colors, and serious subject matter.

License:
Courtesy of The Getty
For more:
http://www.getty.edu/art/collection/objects/669/sebastiano-…