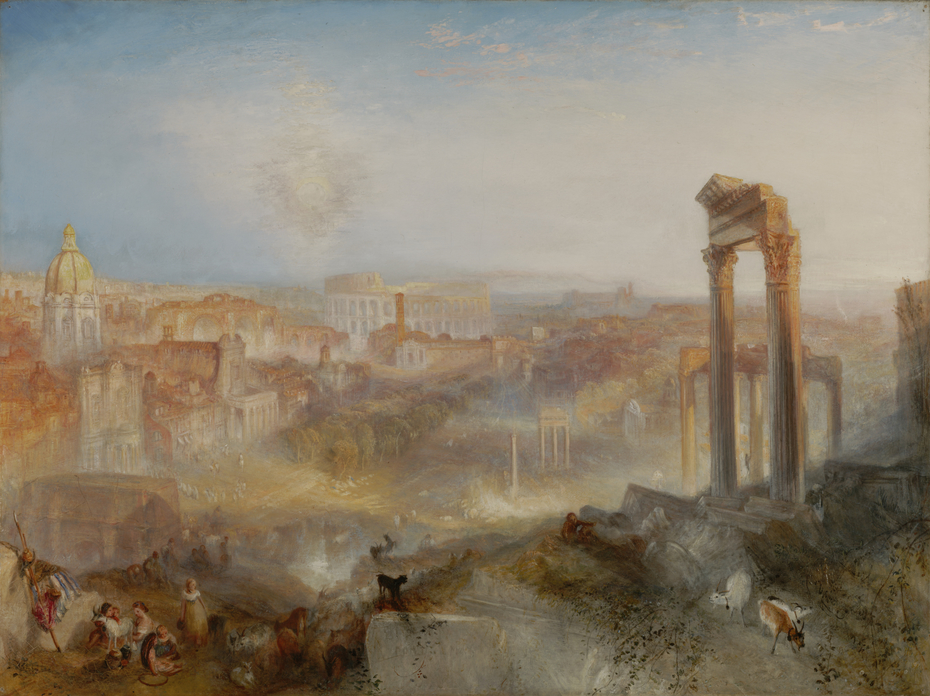 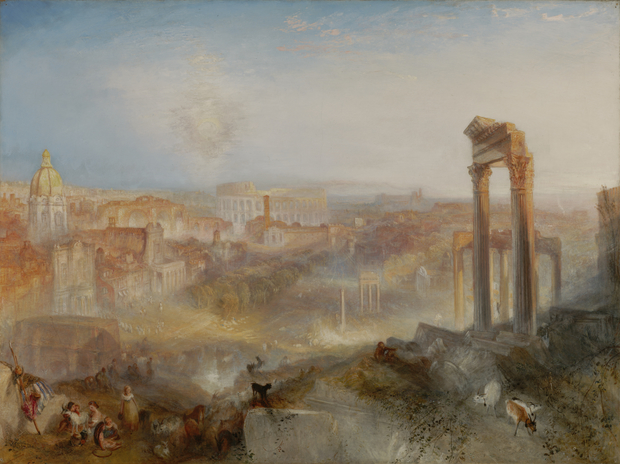 1839
Ten years after his final journey to Rome, Turner envisioned the Eternal City through a veil of memory. Baroque churches and ancient monuments in and around the Roman Forum seem to dissolve in iridescent light shed by a moon rising at left and a sun setting behind the Capitoline Hill at right. Amidst these splendors, the city's inhabitants carry on with their daily activities. The picture's nacreous palette and shimmering light effects exemplify Turner at his most accomplished.

When first exhibited at the Royal Academy in 1839 with its pendant, Ancient Rome; Agrippina Landing with the Ashes of Germanicus, the painting was accompanied by a modified quotation from Lord Byron's masterpiece, Childe Harold's Pilgrimage (1818): "The moon is up, and yet it is not night, / The sun as yet divides the day with her." Like the poem, Turner's painting evokes the enduring sublimity of Rome, which had been for artists throughout history less a place in the real world than one in the imagination.

The painting is in a remarkable state of preservation and remains untouched since it left Turner's hands. 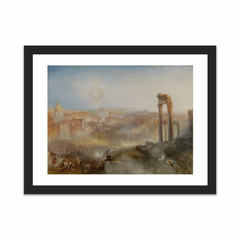 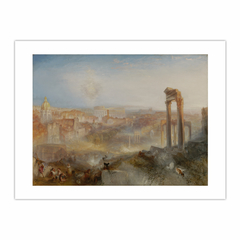