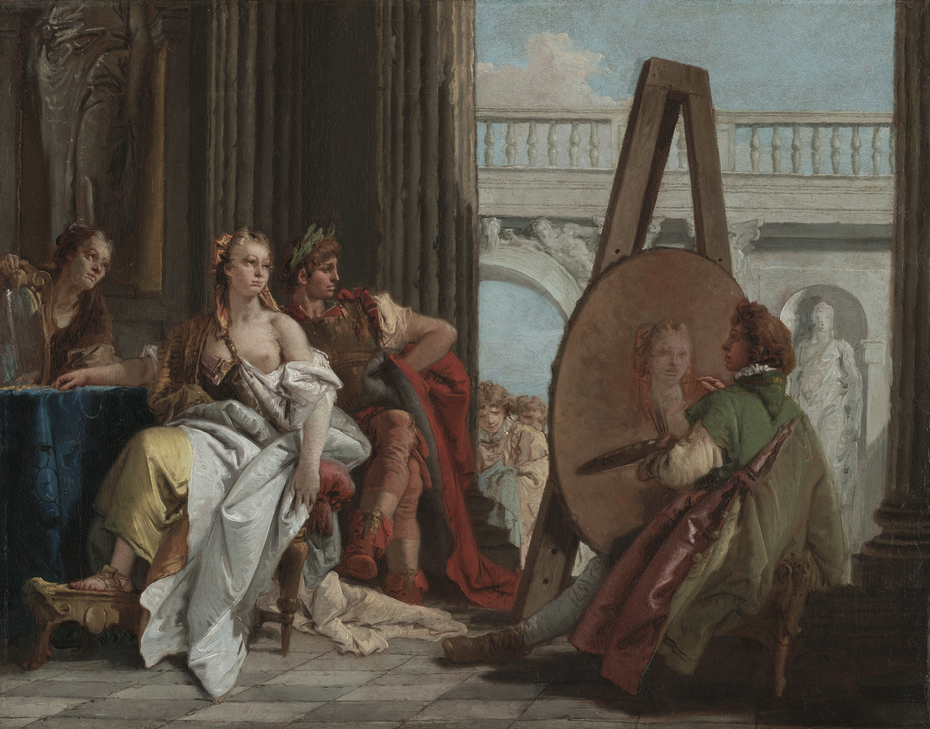 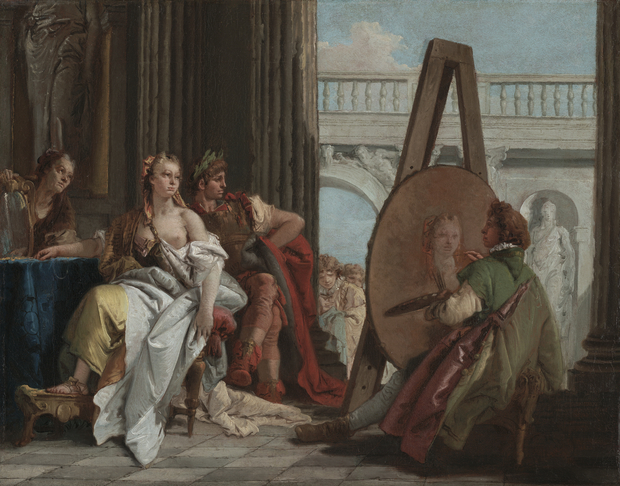 Alexander the Great and Campaspe in the Studio of Apelles

1740
A boyish artist gazes longingly at the regal woman whose portrait he is painting. The young artist is Alexander the Great's court painter, Apelles, whom ancient writers considered the greatest artist of their time. According to Pliny's Natural History of 77 A.D., Alexander commissioned Apelles to paint a portrait of his favorite concubine, Campaspe. The story illustrates art's transformative powers: Apelles fell in love with his sitter as he captured her beauty on canvas. Alexander so esteemed his painter that he presented Campaspe to Apelles as a reward for the portrait.

The tale of Alexander and Apelles, a favorite of Renaissance and Baroque painters, celebrates the power and nobility of painting. Giovanni Battista Tiepolo painted this episode at least three times. For this, the third rendering, he adopted a classicizing style in which antique architectural elements and relief sculptures evoke a sumptuous palace setting. The background provides a focal area for the gaze of Alexander the Great, who appears handsome and self-confident, yet unaware of the charged glances shared by Apelles and Campaspe.

License:
Courtesy of The Getty
For more:
http://www.getty.edu/art/collection/objects/128454/giovanni…