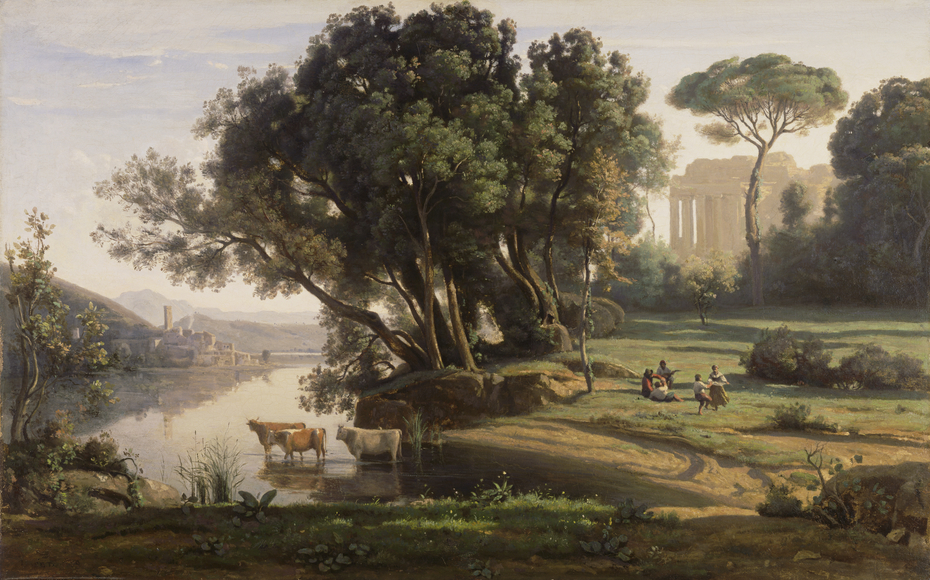 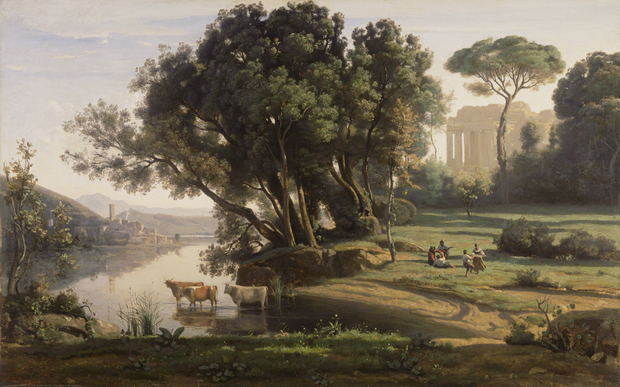 1839
Composed from memories and from drawings made during Jean-Baptiste-Camille Corot's travels in Italy, this view is probably a pendant to Landscape with Lake and Boatman, which was shown at the Paris Salon of 1839. First purchased by different collectors, scholars thought the canvases were lost for several decades, until they were offered to the J. Paul Getty Museum in 1984. The two paintings depict ideal Italian views that contrast different times of day, emulating the works of Corot's seventeenth-century countryman Claude Lorrain.

The golden morning light bathes this landscape of singing and dancing peasants with antique ruins in the background. To the left, picturesque cows wade in the reflective water, and a contemporary townscape appears in the distance. Like Lorrain, Corot presented a utopian setting in which ancient and modern culture coexist in lyrical harmony.

License:
Courtesy of The Getty
For more:
http://www.getty.edu/art/collection/objects/740/jean-baptis…