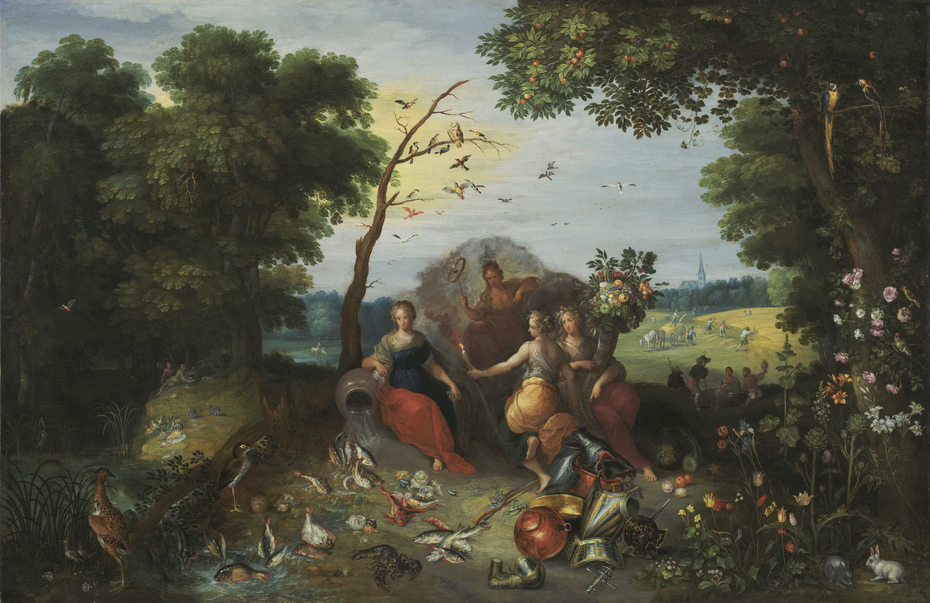 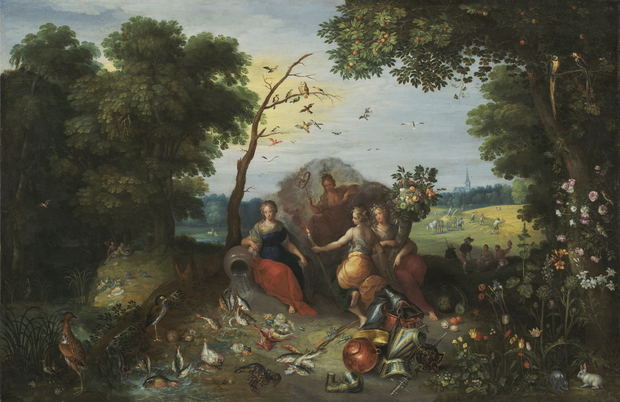 Landscape with Allegories of the Four Elements

1635
Four seated women representing water, air, earth, and fire are surrounded by a lush landscape. The fish flowing from the water jug and the cornucopia of abundance cradled in the arms of the figure on the right correspond to the tactile elements of water and earth. The birds in the sky and trees and the accoutrements of battle in the foreground correspond to the intangible elements of fire and air. The figures, the still life objects, and the landscape work together as a unified scene, yet two different artists worked to create this painting. Frequent collaborators, the skilled figure painter Frans Francken II painted the women and background figures, and Jan Brueghel the Younger described the landscape.

Such collaboration between artists was common in Antwerp during the 1600s, as artists often specialized in either landscape or figure painting. Flemish artists of the time repeatedly painted representations of the four elements, suggesting that it was a popular subject with buyers. The widely admired Brueghel the Younger depicted the senses, the elements, or the seasons as allegories many times throughout his career, either together or individually, as in the pendant to this painting, Landscape with Ceres (Allegory of Earth).

License:
Courtesy of The Getty
For more:
http://www.getty.edu/art/collection/objects/582/jan-brueghe…