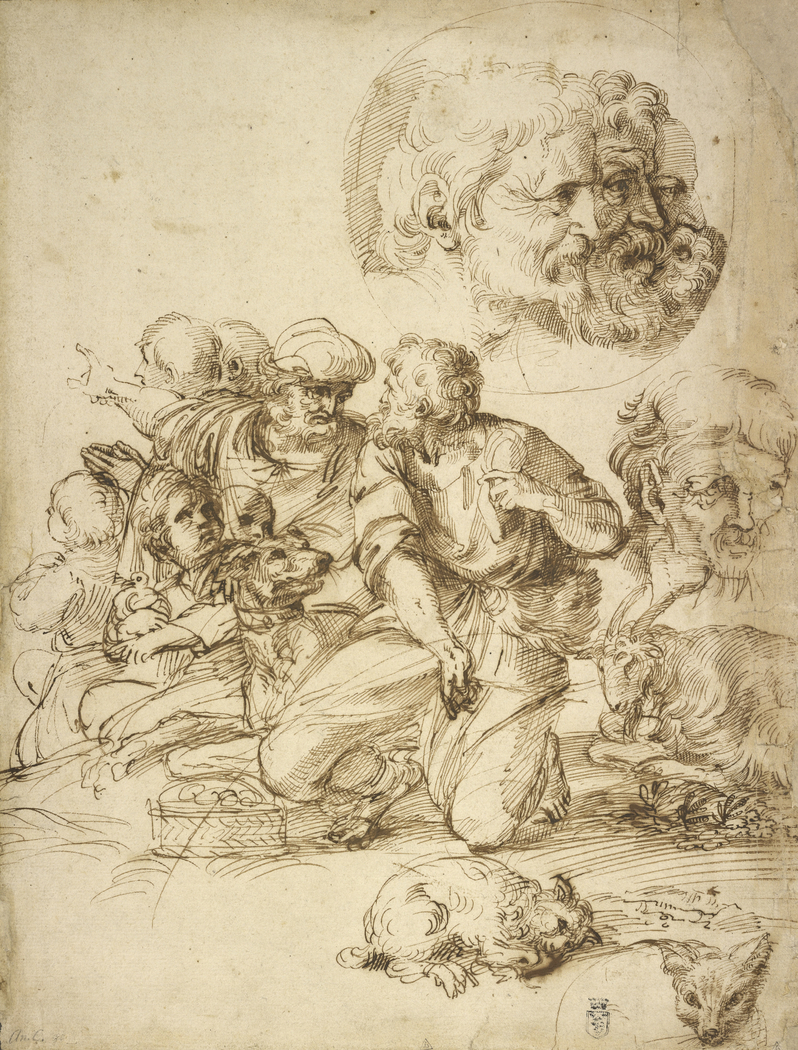 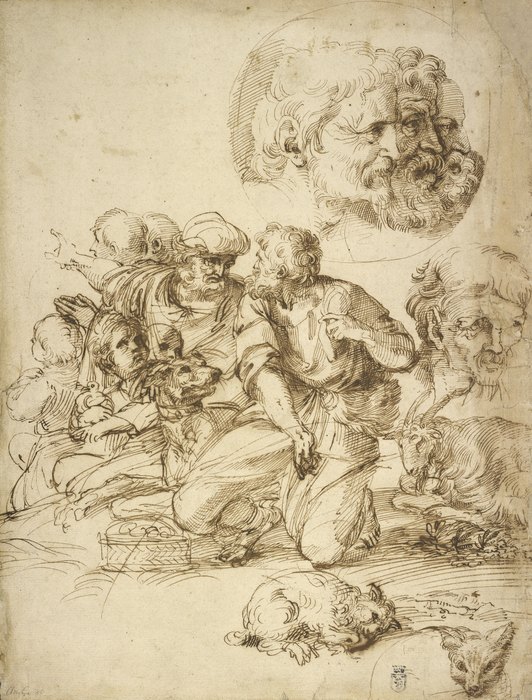 A Group of Shepherds, and Other Studies

1598 - 1600
Shepherds and children paying homage to the Christ Child make up the central group of figures in this drawing. The shepherd on the left points in the direction of the Holy Family, not depicted on this sheet. He faces another shepherd, who gestures to a lamb with bound feet in the foreground. The lamb is a gift to Christ and may symbolize his future sacrifice. Other offerings include a basket of eggs and small birds held by children: humble yet symbolic counterparts to the opulent gifts brought by the three kings.

The upper right corner of the composition shows three unknown bearded men in profile, probably a study for a medal. Below and near the right margin is the head of a man with a wispy beard who may be the same person as the man shown on the left of the medal. Agostino Caracci's design for the Adoration of the Shepherds was used in a painting by his brother, Annibale Carracci. The painting is now lost, but a copy by Domenichino, Annibale's pupil, is in the National Gallery of Scotland, Edinburgh.