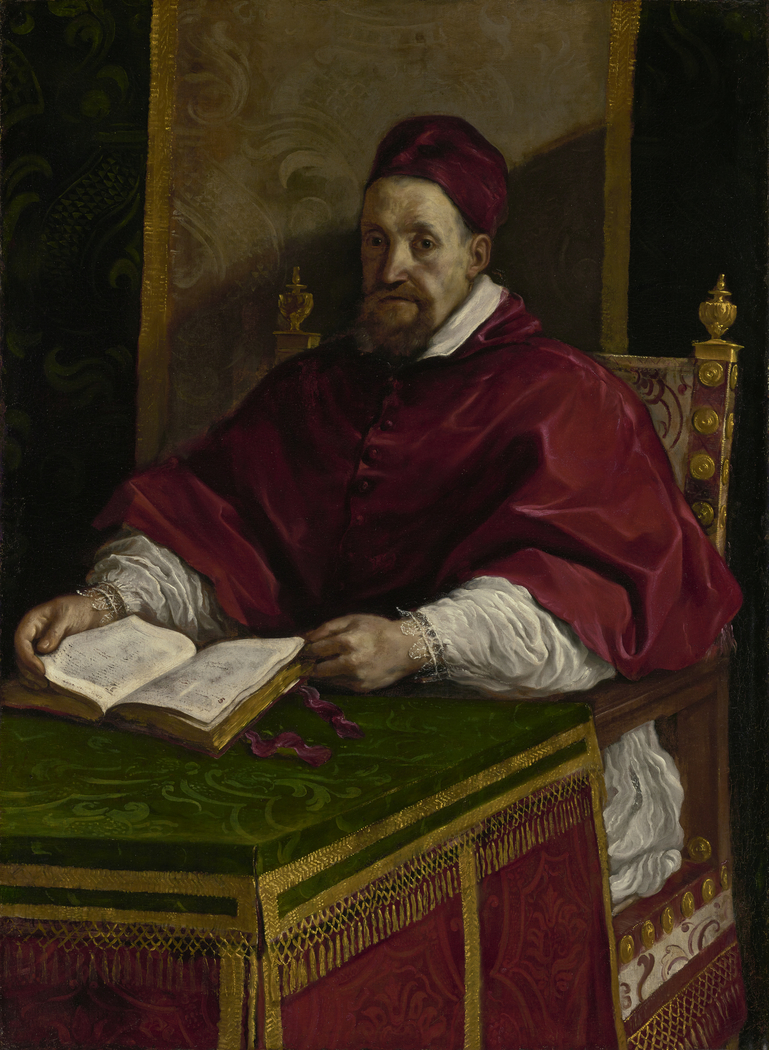 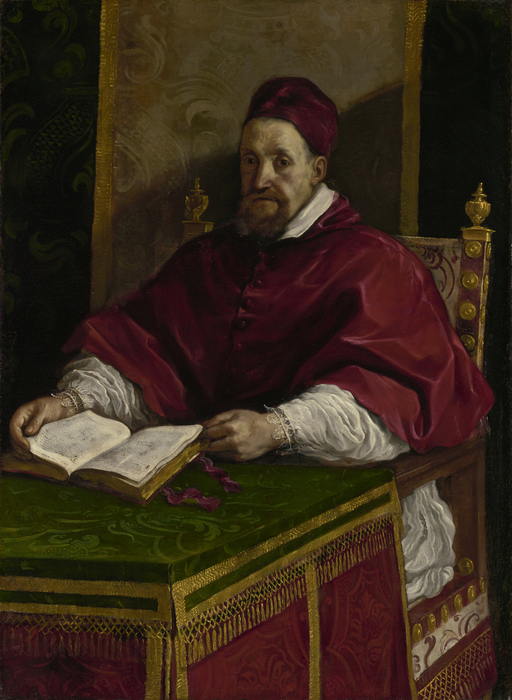 1622
Slanting light falls across the upper section of the painting, placing the left side of the sitter's face in shadow. He looks out of the picture, his eyes expressing weary concern. Shown in the act of reading a book at a small table, he seems more scholarly and retiring than powerfully vigorous.

In 1621 Guercino was called to Rome from Bologna to paint this portrait of Pope Gregory XV. Although Guercino rarely painted portraits, he used a composition that had become a standard for papal portraiture since the Renaissance. But Guercino placed less emphasis on the trappings of power than earlier papal portraits and more on his subject's character. This portrait shows a keen psychological understanding of his patron's state of mind, capturing the pope at the end of his life, worn out by the cares of office and failing health.

License:
Courtesy of The Getty
For more:
http://www.getty.edu/art/collection/objects/808/guercino-gi…