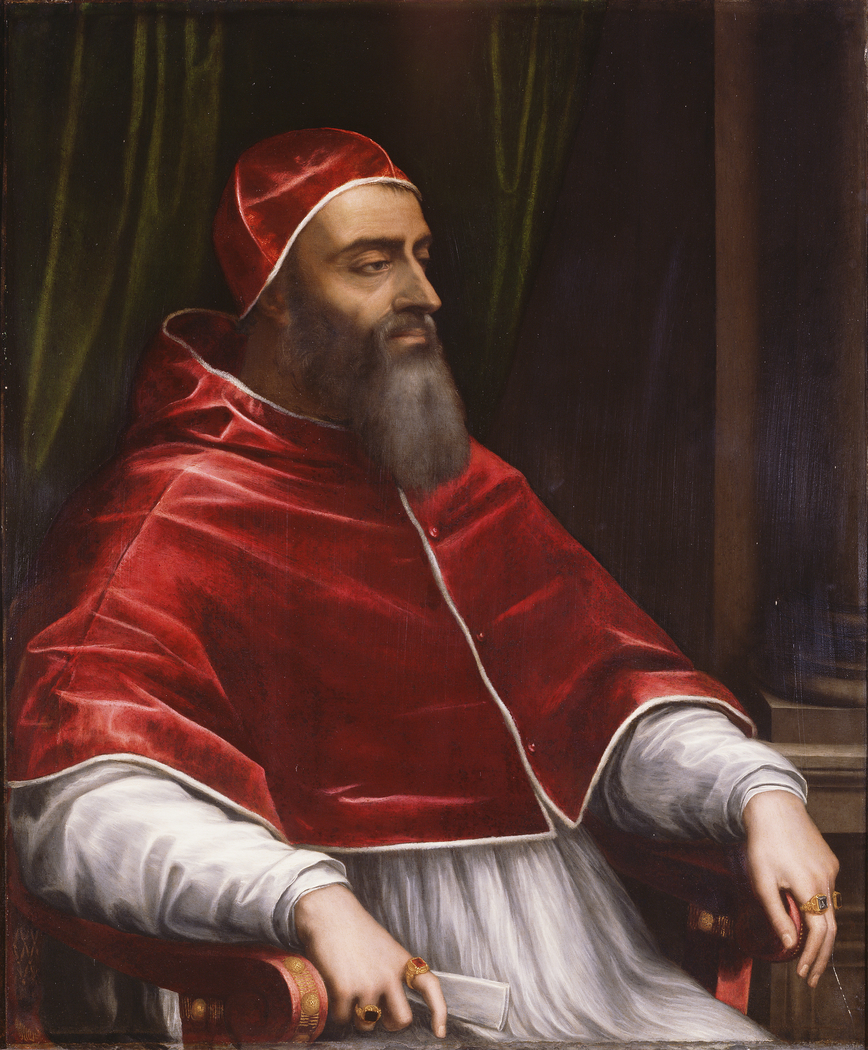 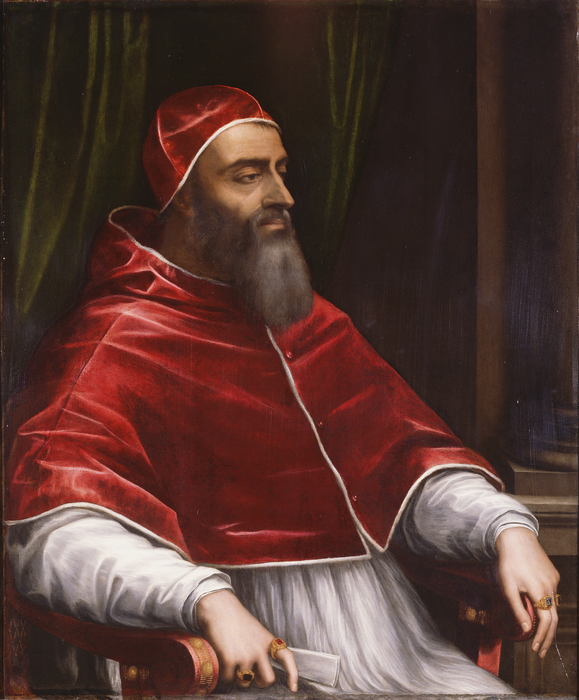 1531
Following the model that Raphael had established for papal portraits, Sebastiano del Piombo painted Pope Clement VII (Giulio de'Medici) in three-quarter length and seated in an armchair which is placed diagonally to the picture plane.

In a letter dated July 22, 1531, Sebastiano told Michelangelo that Pope Clement had visited his studio to see a new portrait of himself painted on canvas. Very pleased, the pope ordered another version for his collection, this one to be painted on stone. Sebastiano had begun painting on stone around 1530 and had come to favor it for some important commissions because stone lasted longer than canvas or wood. Pope Clement apparently shared Sebastiano's desire to immortalize his portrait by using this durable support.

License:
Courtesy of The Getty
For more:
http://www.getty.edu/art/collection/objects/844/sebastiano-…