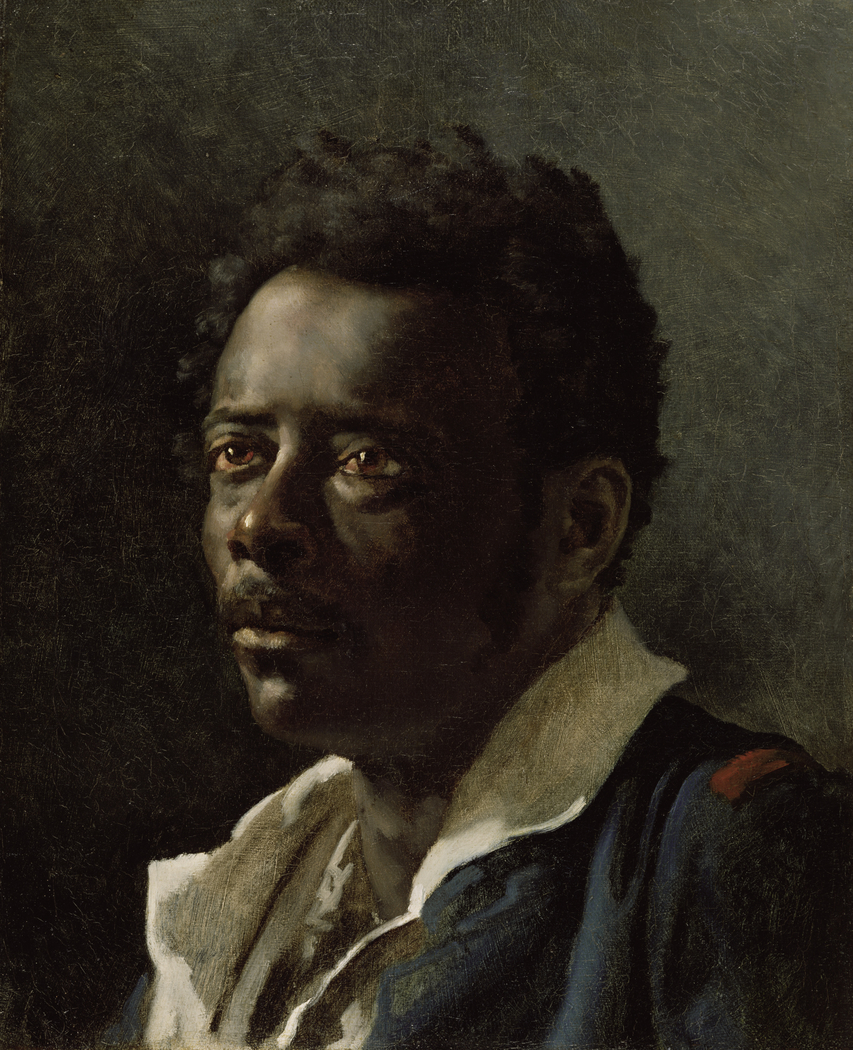 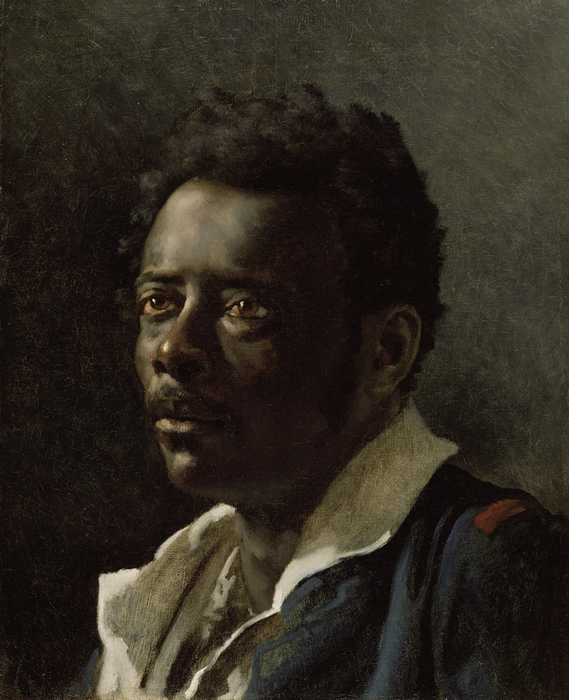 Study of a Model

1818 - 1819
This portrait was made as a study for Théodore Géricault's most famous painting, The Raft of the Medusa, made in 1819 and now in the Louvre. In a clear case of ineptitude, the ship named Medusa foundered in the sea off the coast of Africa in 1816. A raft with 140 passengers drifted for thirteen days before being rescued; only fifteen people survived. In preparation for his disturbing and controversial painting of the incident, Géricault made many studies from life, like this one, to achieve a sense of realism and specificity.

The sitter wears a shirt similar to those worn by the survivors of the Medusa. Géricault captured the man's character with great sympathy and spontaneity; his watery eyes do not focus on anything outside the canvas but appear to express an internal torment. Shades of brown, gray, and beige blend together to imitate his dark complexion. Dabs of white and beige paint are used to indicate reflective light in his eyes and on the tip of his nose, his bottom lip, and his chin.