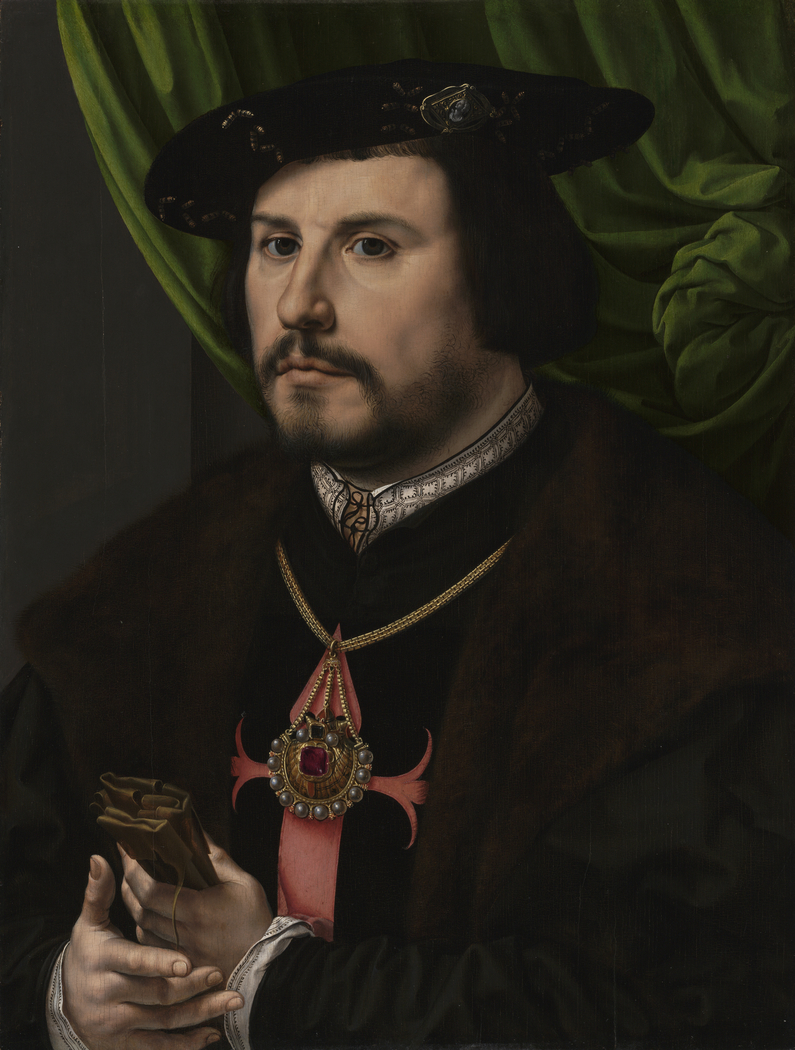 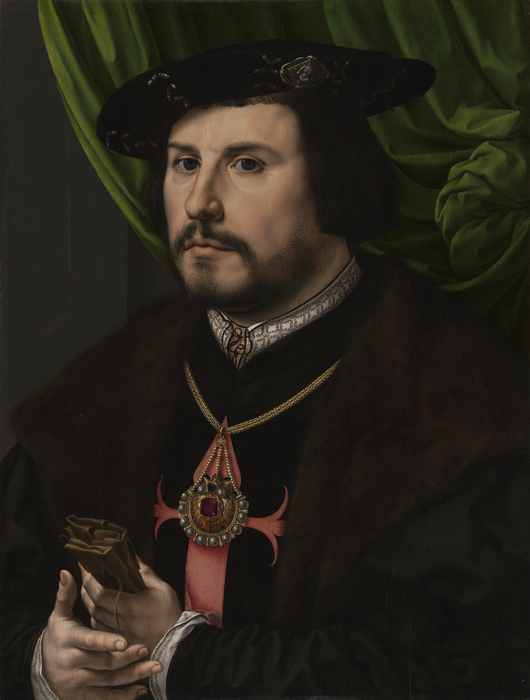 1530 - 1532
Francesco de los Cobos y Molina, the powerful secretary and chief financial advisor to Emperor Charles V, poses in front of a swath of drapery, looking warily out at the viewer. Previously unidentified, two clues have led to Francesco's identification as the portrait's subject: the red cross emblazoned on his doublet and the gem-encrusted jewel in the shape of a scallop shell. Both are emblems of the chivalric Order of Santiago, Saint James the Greater.

As an artist to several courts, Jan Gossaert traveled widely throughout Europe and became one of the first painters to disseminate the Italian Renaissance style in the Netherlands. In this painting, Gossaert combines psychological insight, keen observation of form, and a facility for imitating surface textures to create a portrait that is both imposing and believable.

License:
Courtesy of The Getty
For more:
http://www.getty.edu/art/collection/objects/815/jan-gossaer…