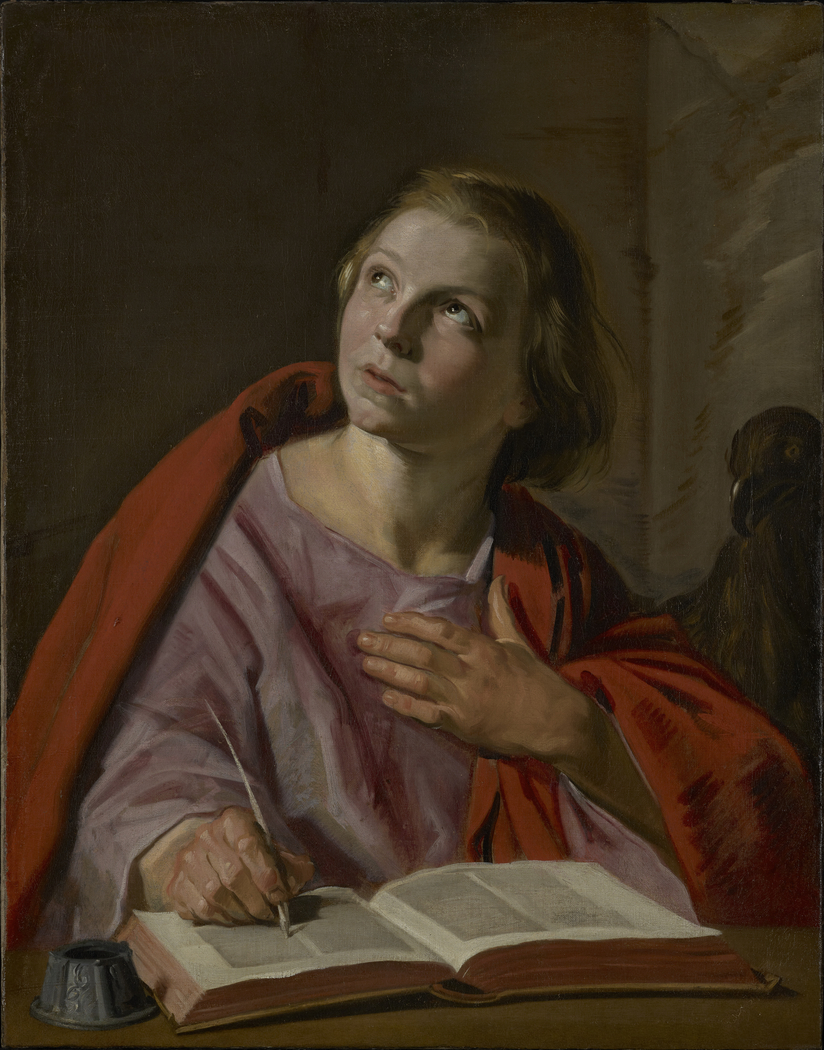 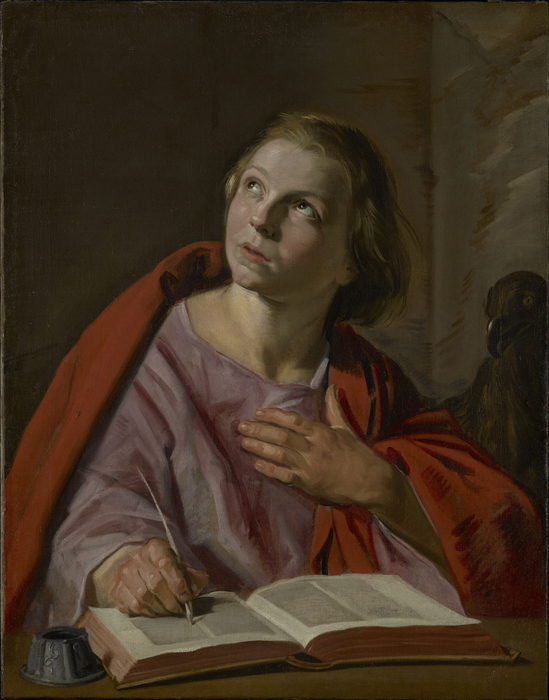 1625
Observed by his symbol, the eagle, and poised to write God's words, Saint John looks up for divine inspiration, which he receives as brilliant light. Saint John, the Galilean fisherman who became one of Christ's apostles, is traditionally considered the author of the Gospel according to John and of the Bible's Book of Revelation. Hals used only light and handling of paint to create the lifelike, fleeting quality that made his portraits so prized. He chose a dramatic moment, then captured it with bold, spontaneous brushwork. A contemporary reported that Hals called the final touches he made to his canvases "putting in his handwriting"--adding the trademark highlights that give his pictures much of their sparkle.

Treasured by both artists and royalty, Saint John was owned by painter Gerard Hoet and later by Catherine the Great of Russia.

License:
Courtesy of The Getty
For more:
http://www.getty.edu/art/collection/objects/106011/frans-ha…