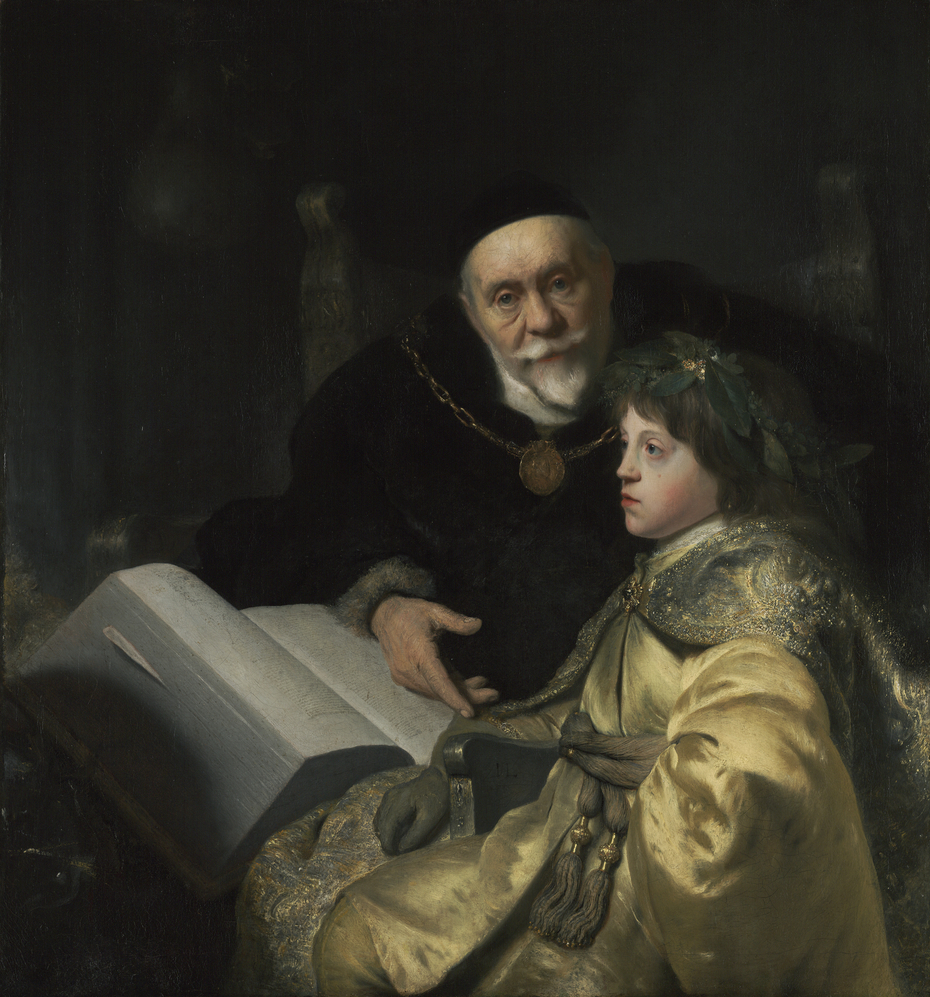 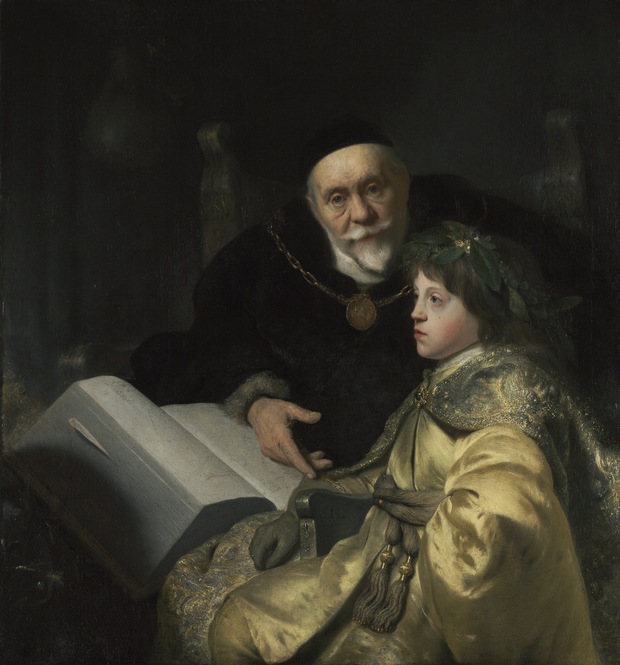 1631
Wearing a gold medallion around his neck, an elderly man leans forward and extends a hand towards a youth who sits in front of a book. The man looks neither at the boy nor at the large open volume but instead gazes sympathetically at the viewer. Wearing a laurel wreath upon his head and dressed in a golden yellow robe with a richly embroidered cape, the daydreaming boy stares off into the distance.

Jan Lievens, who shared Rembrandt's interest in historical portraits featuring characters in fanciful costumes, here depicted Prince Charles Louis of the Palatinate being taught by his tutor Wolrad von Plessen. Previously thought to be a biblical depiction of Eli instructing Samuel, current research reveals that these figures were meant to allude to the classical figures of Aristotle instructing the young Alexander. Both Prince Charles Louis and Alexander the Great were about fourteen years old when they received instruction from their respective mentors.

License:
Courtesy of The Getty
For more:
http://www.getty.edu/art/collection/objects/597/jan-lievens…