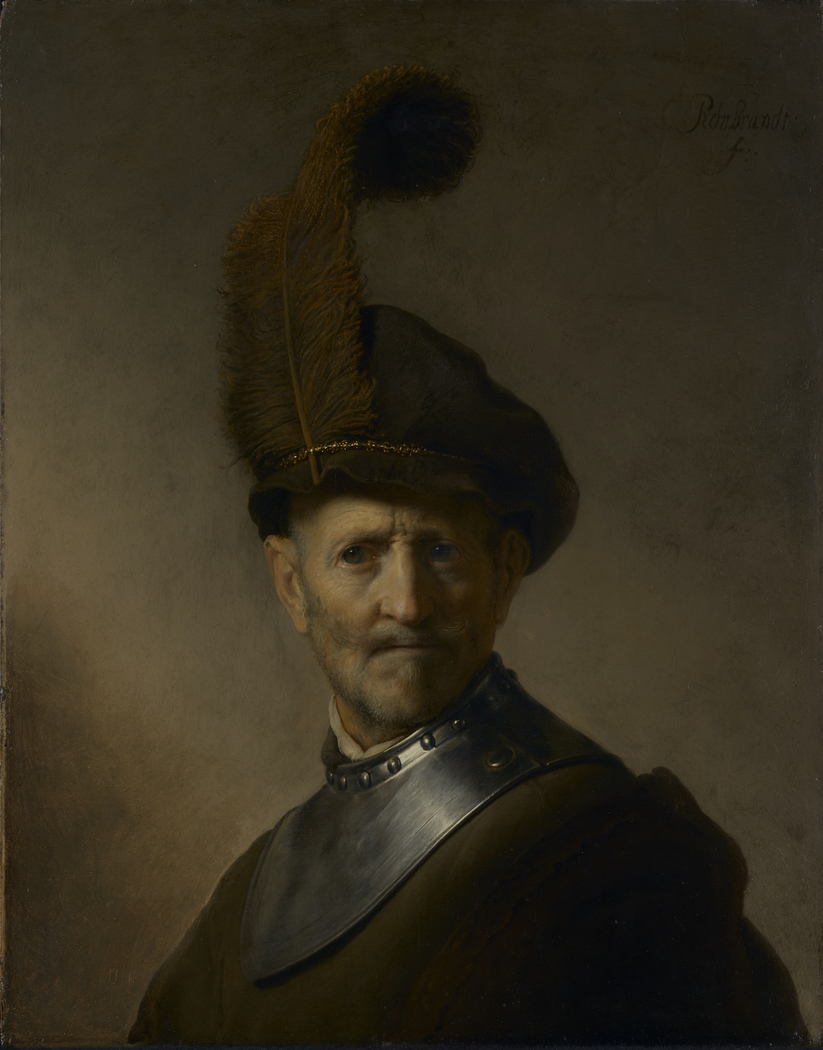 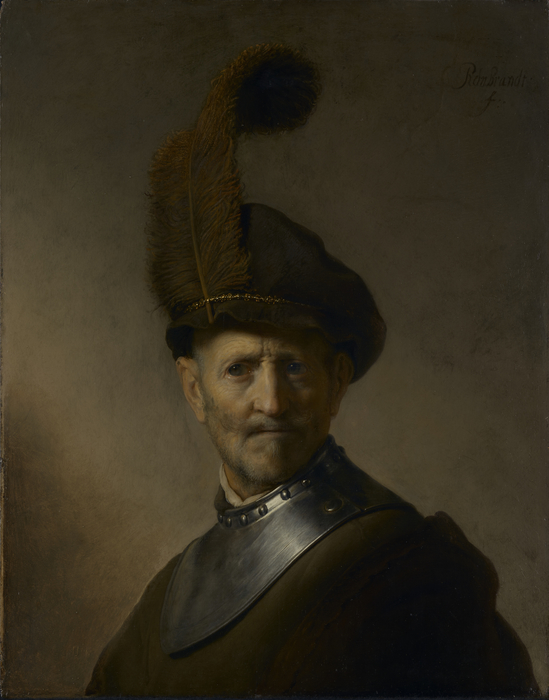 An Old Man in Military Costume

1630 - 1631
The subject, who appears in different guises in several other paintings by Rembrandt van Rijn and his contemporaries, wears a plumed hat and metal breastplate. His military costume may symbolize Dutch strength and patriotism during the struggle for independence from Spain. Although he faces front, the man's torso is turned in a three-quarter view; his watery eyes gazing off to the side give the image a sense of immediacy.

Rembrandt deftly captured the contrasting textures of materials: the downiness of the ostrich feather, the velvety softness of the cap, and the smooth coldness of the metal breastplate. The furrowed skin around the bridge of the man's nose, the moistness of his eyes, and the wispiness of his mustache and beard map out the physical process of aging.

License:
Courtesy of The Getty
For more:
http://www.getty.edu/art/collection/objects/673/rembrandt-h…