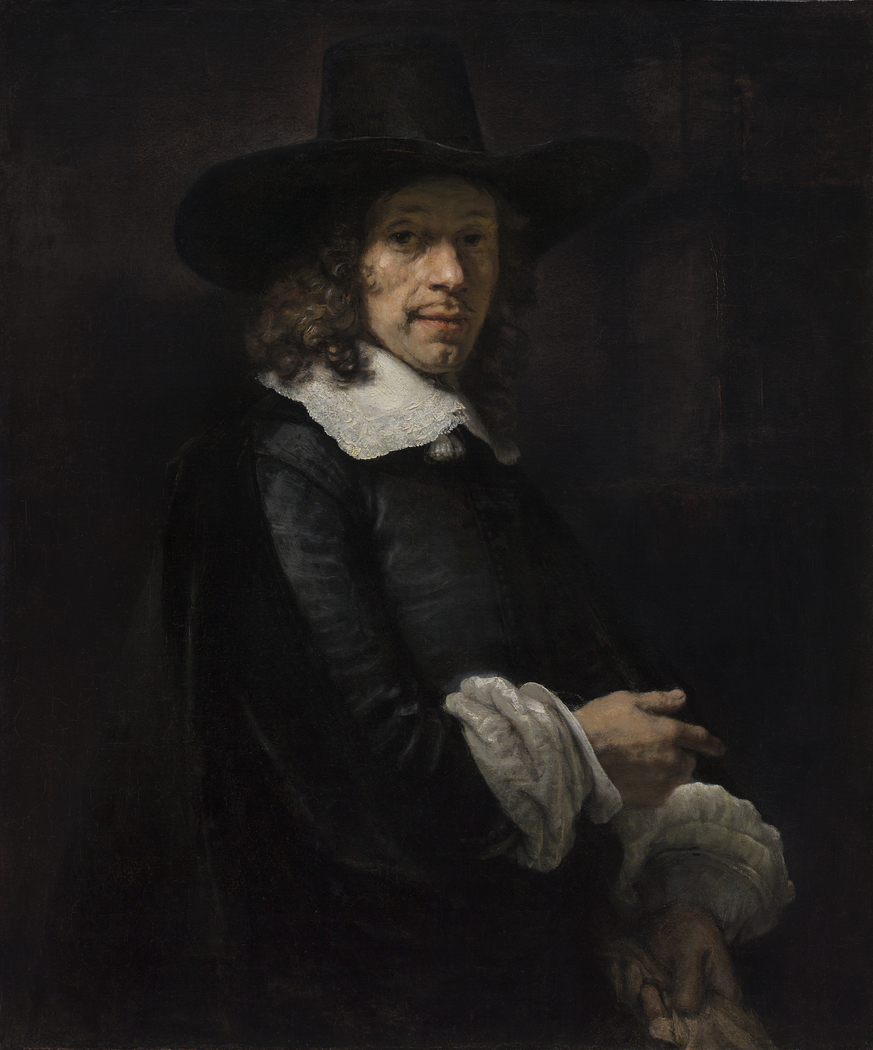 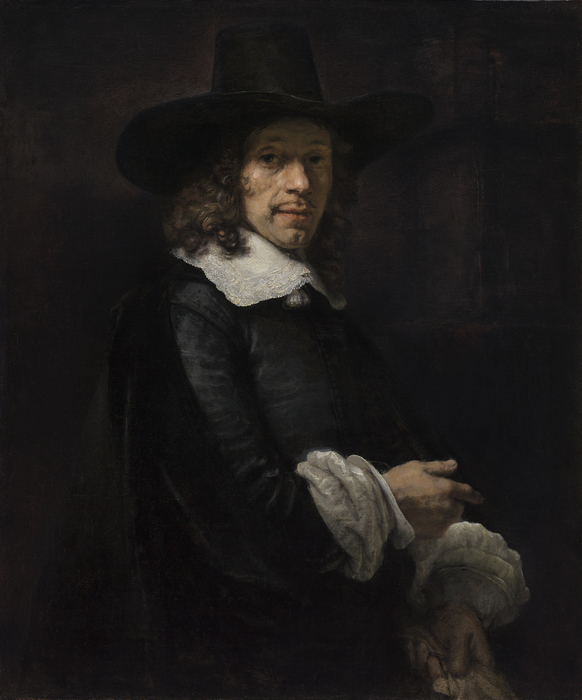 Portrait of a Gentleman with a Tall Hat and Gloves

1660
After learning the fundamentals of drawing and painting in his native Leiden, Rembrandt van Rijn went to Amsterdam in 1624 to study for six months with Pieter Lastman (1583–1633), a famous history painter. Upon completion of his training Rembrandt returned to Leiden. Around 1632 he moved to Amsterdam, quickly establishing himself as the town’s leading artist, specializing in history paintings and portraiture. He received many commissions and attracted a number of students who came to learn his method of painting.

Rembrandt conceived this portrait of a man and another of a woman (see NGA 1942.9.68) as pendants, or companion pieces. In both, light illuminates the subjects from exactly the same angle. The sitters interact with restrained yet poignant warmth; he gestures toward her while looking at the viewer, and she glances in his direction while holding her feather fan so that it inclines toward him. The identity of the sitters is not known, but the circle of wealthy friends and acquaintances who might have ordered portraits at that period of Rembrandt’s life was rather small. The style of the sitters’ costumes is datable to the late 1650s, which is consistent with the character of Rembrandt’s painting technique.

The early history of these paintings is shrouded in mystery, but by 1803 they had entered the collection of Prince Nicolai Yusupov (1751–1831) in Saint Petersburg. The first published descriptions of the pair, in 1864, already mention their "extraordinary energy," and the paintings made a tremendous impression at the great Rembrandt exhibition in Amsterdam in 1898. When Nicolai’s great-great-grandson, Prince Felix Yusupov (1887–1967), escaped Russia at the start of the Revolution in 1917, he brought the family jewels and these two Rembrandt paintings with him to London. Joseph E. Widener, the future benefactor of the National Gallery of Art, purchased the pair in 1921 when the prince’s need for cash forced him to part with his family heirlooms.