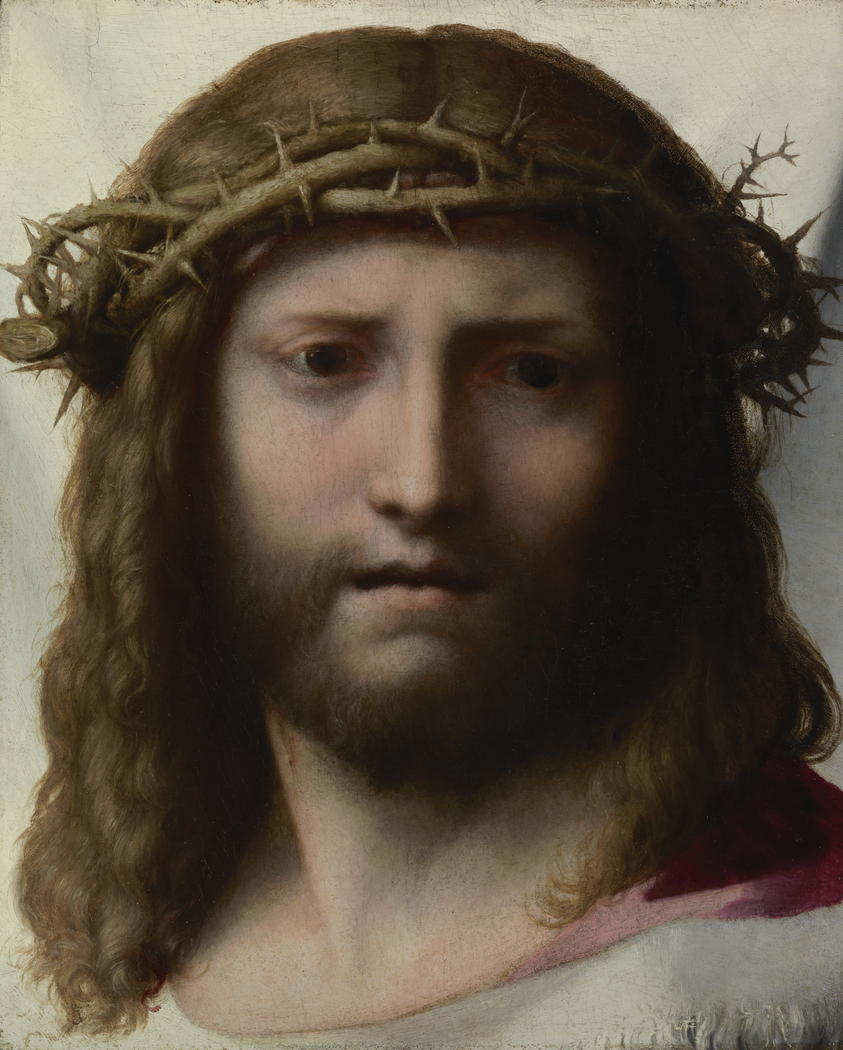 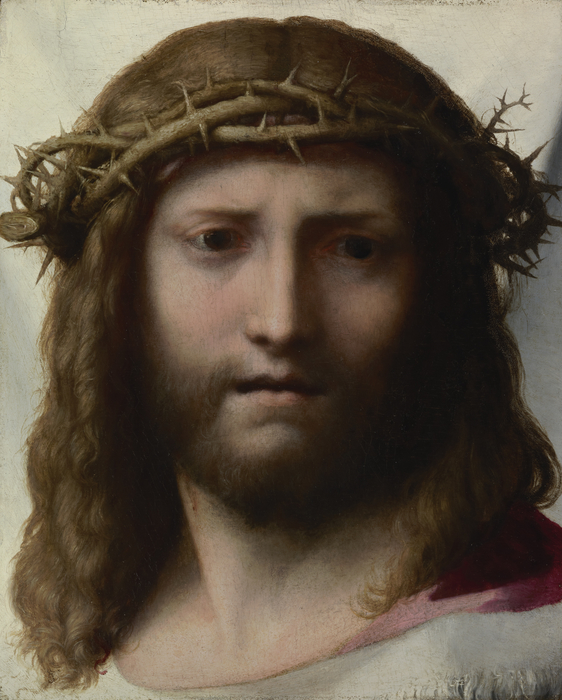 1525 - 1530
As Christ stumbled under the weight of the cross he bore on the way to his crucifixion, Saint Veronica comforted him and wiped his face with her veil. According to legend, Christ's features were miraculously imprinted on the fabric. In this haunting depiction, Correggio painted Veronica's veil as the white cloth in the background. Christ faces the viewer and parts his lips as if to speak.

Through the use of strong light and shadow as seen in the defined cheekbones, line of the nose, and hollow of the neck, Correggio gave his forms a sense of volume. He further used light to emphasize the image's poignancy, placing the left half of Christ's face in shadow while the right side receives light. The subject matter and small size of the Head of Christprobably indicate that it was made for private devotional use.

License:
Courtesy of The Getty
For more:
http://www.getty.edu/art/collection/objects/881/correggio-a…