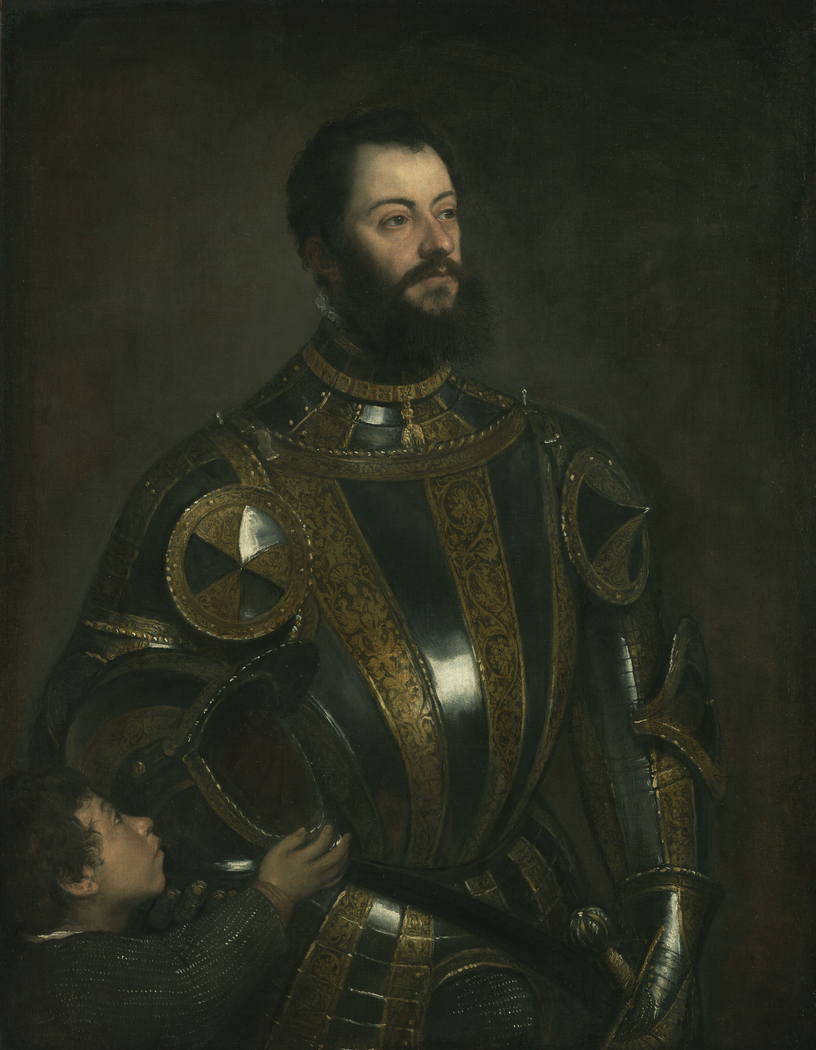 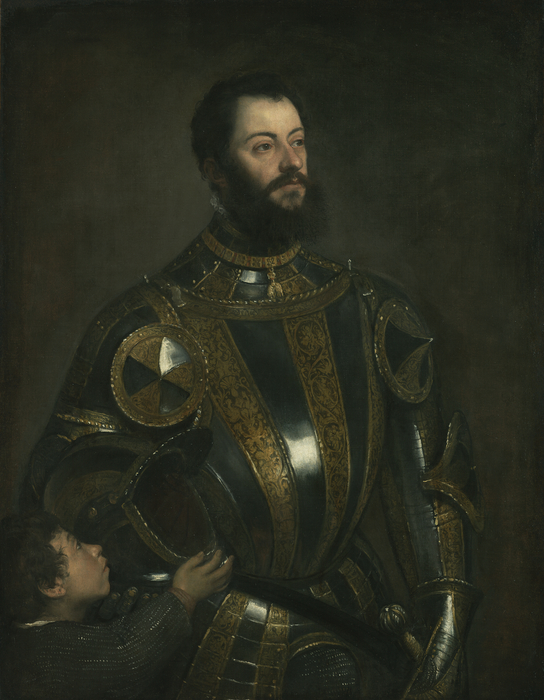 Portrait of Alfonso d'Avalos, Marchese del Vasto, in Armor with a Page

1533
He was a handsome gentleman, well built and tall. . .who was always exquisitely dressed and well perfumed--in peacetime and in wartime--right down to the saddles of his horses.
--The Abbot of Brantôme

Titian's Portrait of Alfonso d'Avalos, painted in Bologna in the winter of 1533, signals the inception of one of the most influential prototypes in the history of Western art--the standing state portrait. Dressed in armor with a diminutive page looking up to him, Alfonso d'Avalos exudes the tremendous power he wielded as governor of Milan and commander general of imperial forces in Italy under the Holy Roman Emperor, Charles V. As the Abbot of Brantôme--a French historian--observed, D'Avalos was a man who took great care with his appearance. He was born into an illustrious Spanish-Neapolitan family and trained for a military career under his cousin, Ferdinando Francesco, the Marchese di Pescara. After winning numerous military campaigns, D'Avalos was honored with the Order of the Golden Fleece. He is shown wearing the Order's royal collar over an elaborate and beautifully wrought suit of armor befitting an imperial leader. In the lower left, his page hands him a helmet. Titian, who may have known D'Avalos personally, endowed him with all the earnestness of a learned and contemplative man, while at the same time conveying his authority.

Titian, along with Raphael, set the standard for court portraiture during the subsequent development of Western painting. This portrait heralds such remarkable later paintings as Anthony van Dyck's Portrait of Agostino Pallavicini, Domenico Fetti's Portrait of a Man with a Sheet of Music, and Guercino's Pope Gregory XV.