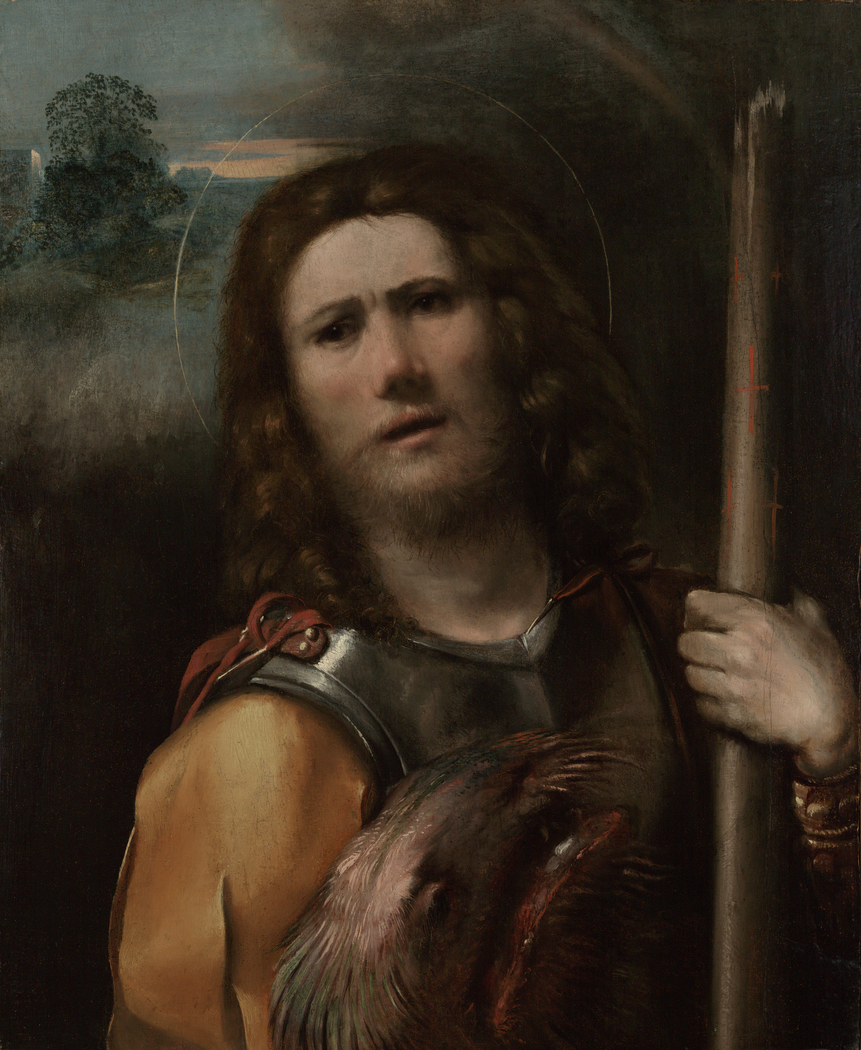 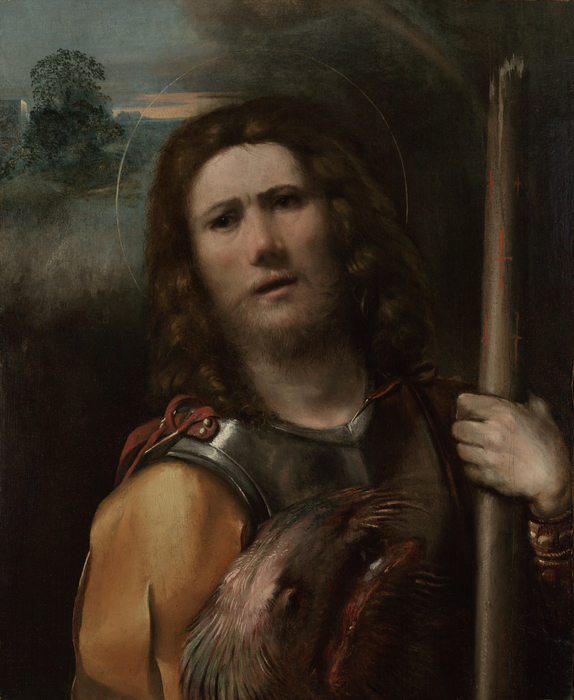 1513 - 1515
Dosso Dossi depicted the aftermath of Saint George's battle with the dragon, in which he wields the creature's bloodied head and the lance broken during the fight. Under an emerging rainbow, the victorious patron saint of Ferrara, Italy, emerges from the darkness of the battle. Dossi poignantly expressed his subject's recent emotional turmoil in the saint's penetrating expression. He appears weary yet resolute in his triumph.

The symbols of Saint George's Christian faith--crosses rendered in vivid strokes of red paint as though the blood of his opponent drips down its shaft--mark the weapon. The color of the crosses echoes the blood ringing the beast's mouth and also symbolizes the blood of Christ.

License:
Courtesy of The Getty
For more:
http://www.getty.edu/art/collection/objects/126642/dosso-do…