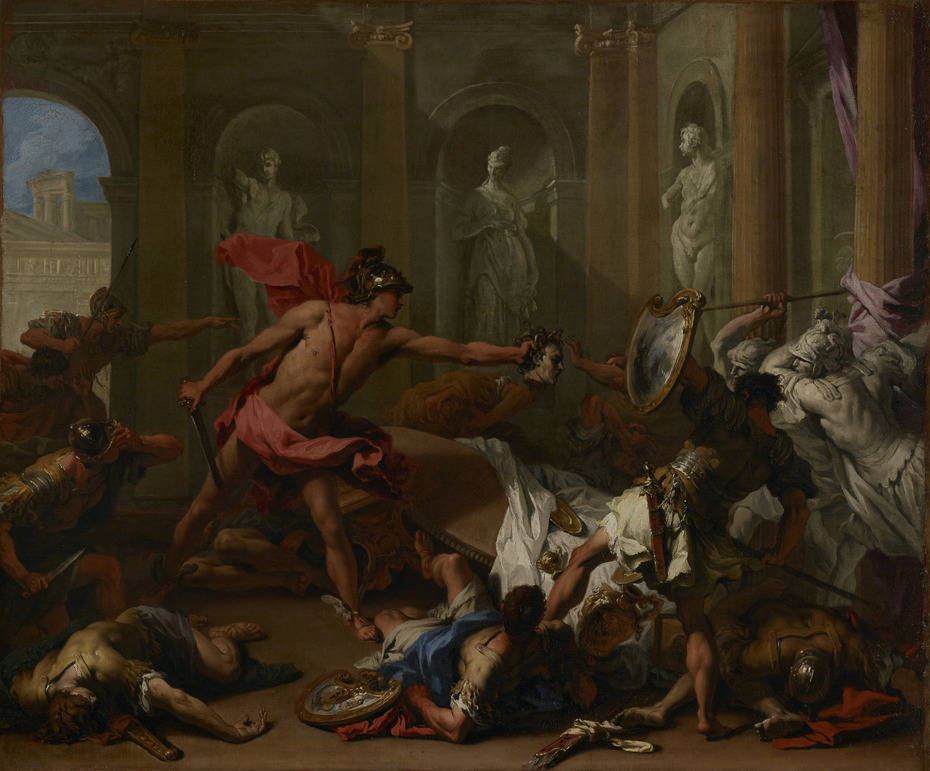 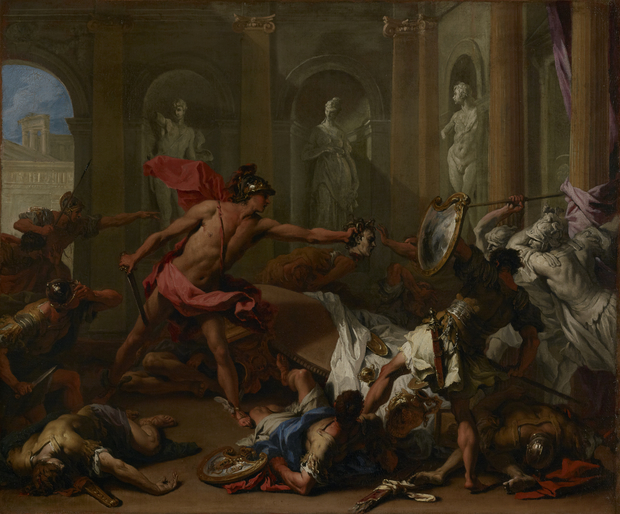 Perseus Confronting Phineus with the Head of Medusa

1705 - 1710
In Greek mythology, the hero Perseus was famous for killing Medusa, the snake-haired Gorgon whose grotesque appearance turned men to stone. This painting, however, shows a later episode from the hero's life. At Perseus's and Andromeda's wedding, their nuptials were interrupted by a mob led by Phineus, a disappointed suitor. After a fierce battle, Perseus finally triumphed by brandishing the head of Medusa and turning his opponents into stone.

Sebastiano Ricci depicted the fight as a forceful, vigorous battle. In the center, Perseus lunges forward, his muscles taut as he shoves the head of Medusa at Phineus and his men. One man holds up a shield, trying to reflect the horrendous image and almost losing his balance. Behind him, soldiers already turned to stone are frozen in mid-attack. All around, other men have fallen and are dead or dying. Ricci used strong diagonals and active poses to suggest energetic movement.

License:
Courtesy of The Getty
For more:
http://www.getty.edu/art/collection/objects/794/sebastiano-…