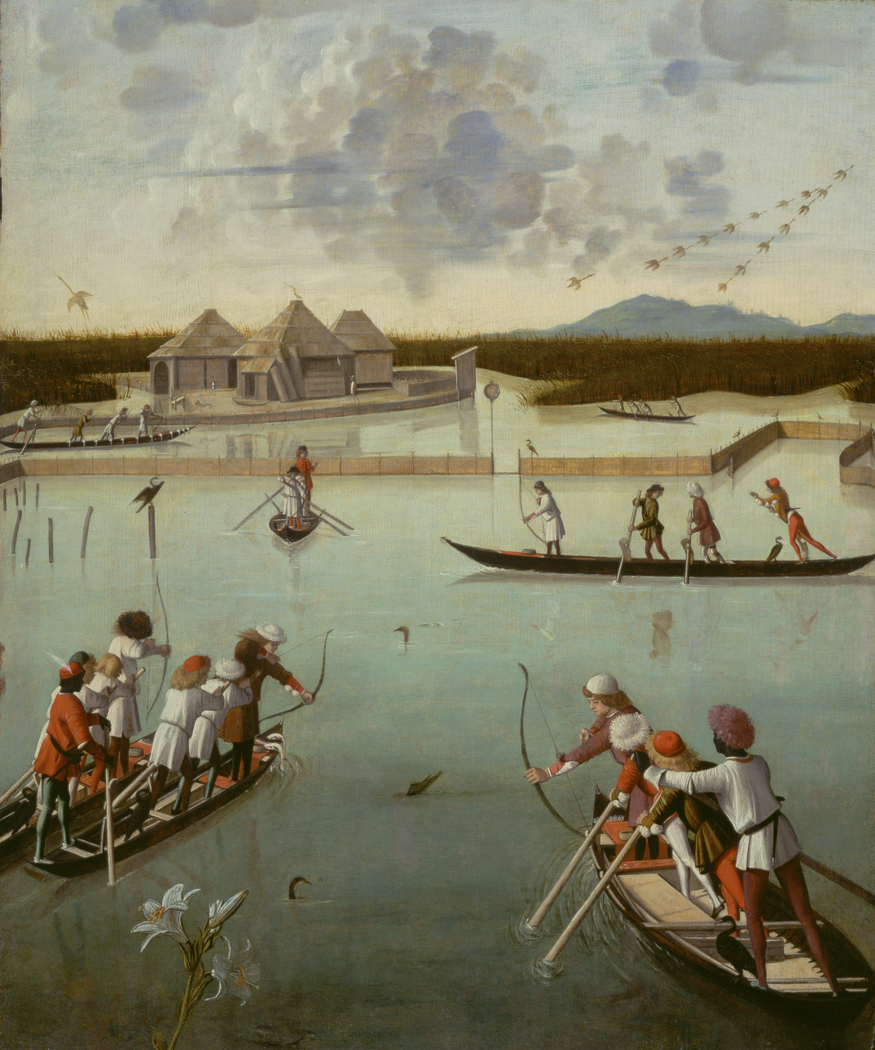 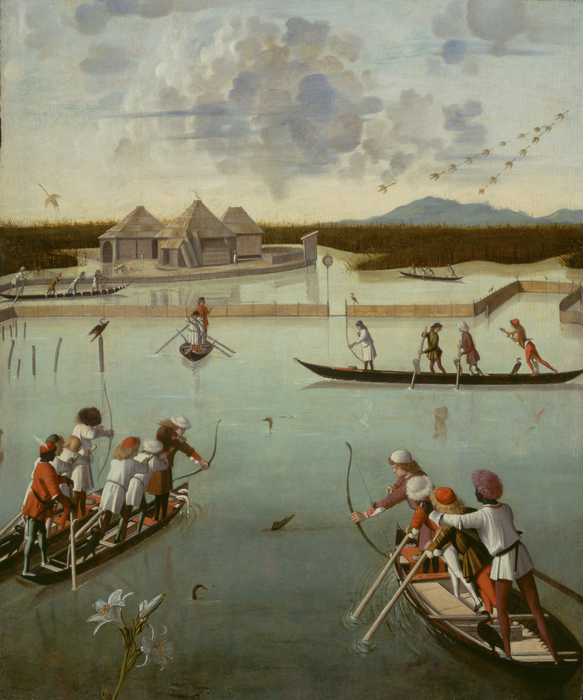 1490 - 1495
The hinges and latch on this two-sided panel suggest that it was used as a decorative window shutter or a door to a cabinet. The front depicts a scene of Venetian bird hunters, and the reverse shows a trompe-l'oeil (deceive the eye). Contemporary viewers looking at the front of the panel had the illusion of looking into the lagoon, as is evident in this reconstruction of how the panel once appeared.

Groups of three rowers and archers stand in shallow-bottomed boats and hunt cormorants, glossy black water birds. The archers use clay pellets rather than arrows in order to stun the birds and not damage their plumage. A pellet, seen in mid-air, has just been fired by an archer in the boat in the lower right-hand corner and is about to strike the bird in the foreground.

The lily blossom at the bottom left of the painting is out of scale with the rest of the image. Recent examination indicates that the hunting scene served as the background for a scene of two women sitting on a balcony overlooking the lagoon, a panel that is now in the Correr Museum in Venice. That painting has an empty stem in a vase sitting on a balustrade that matches up with the blossom in the Getty Museum's painting. The identical wood grain of the two panels confirmed that they were once a single panel. The two parts were probably sawed apart before the nineteenth century.