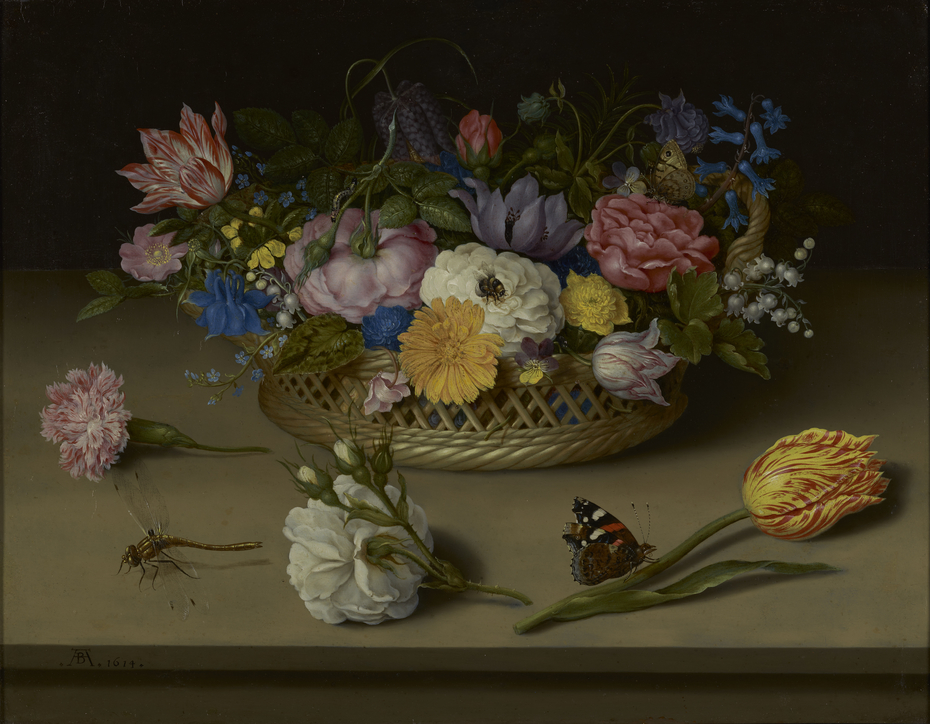 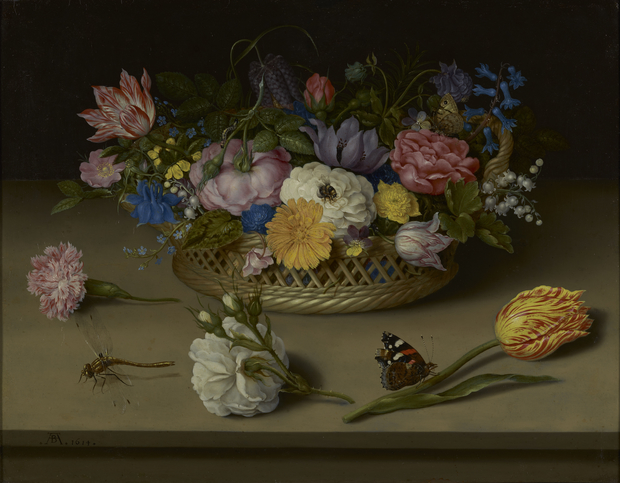 1614
A pink carnation, a white rose, and a yellow tulip with red stripes lie in front of a basket of brilliantly colored flowers. Various types of flowers that would not bloom in the same season appear together here: roses, forget-me-nots, lilies-of-the-valley, a cyclamen, a violet, a hyacinth, and tulips. Rendering meticulous detail, Ambrosius Bosschaert the Elder conveyed the silky texture of the petals, the prickliness of the rose thorns, and the fragility of opening buds. Insects crawl, alight, or perch on the bouquet. Each is carefully described and observed, from the dragonfly's transparent wings to the butterfly's minutely painted antennae. Although a vague reference, insects, short-lived like flowers, are a reminder of the brevity of life and the transience of its beauty.

A rising interest in botany and a passion for flowers led to an increase in painted floral still lifes at the end of the 1500s in both the Netherlands and Germany. Bosschaert was the first great Dutch specialist in fruit and flower painting and the head of a family of artists. He established a tradition that influenced an entire generation of fruit and flower painters in the Netherlands.

License:
Courtesy of The Getty
For more:
http://www.getty.edu/art/collection/objects/723/ambrosius-b…