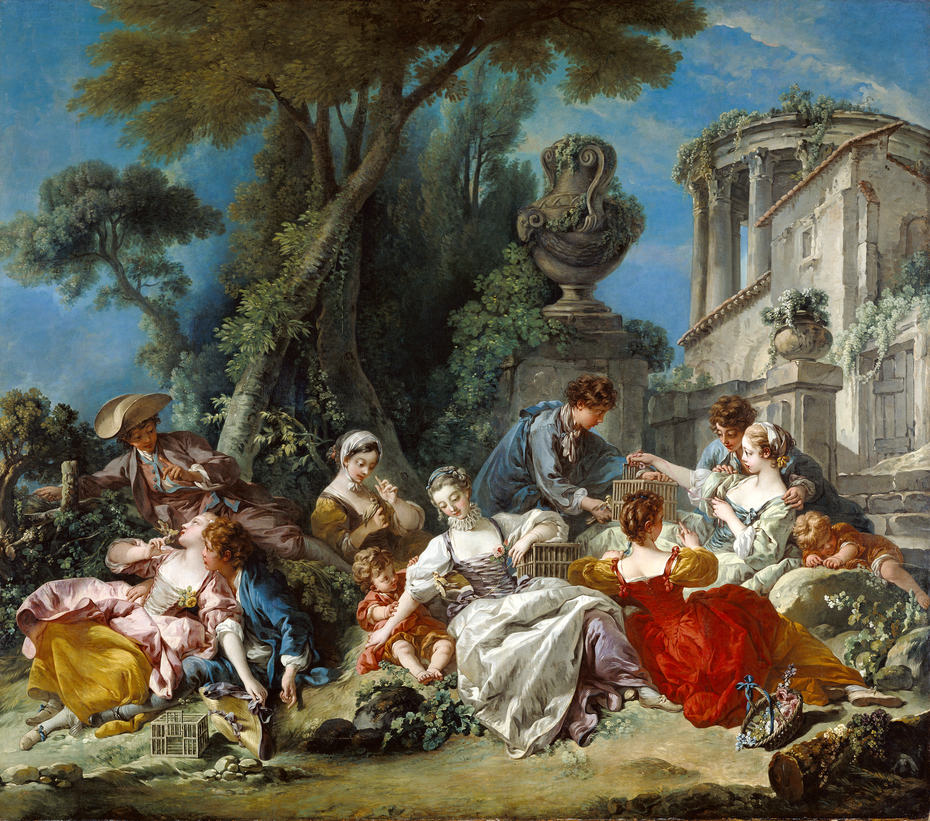 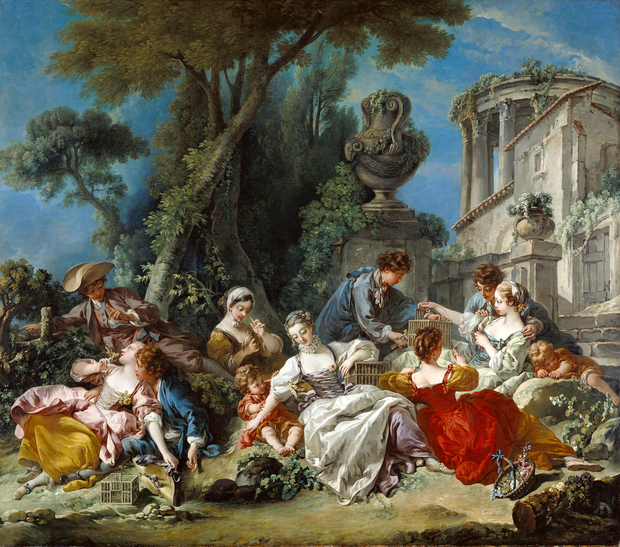 1748
Responding to the contemporary rage for pastorals depicting amorous countryside games, François Boucher here exhibited young, fashionable couples in the act of catching birds. In the 1700s, small birds played an important symbolic role in courtship ritual: the gift of a caged bird from a man to a woman signified her capture of his heart. Posed in front of the ruins of a temple to Vesta, young aristocratic women dressed in exquisite finery play with small birds; some still hold them on strings while others daintily hold them on their fingers.

The Bird Catchers and its pendant, The Fountain of Love, were finished cartoons or models for a series of tapestries known as the Noble Pastorales. Eventually, the cartoons were cut up into sections and sold separately. The tapestries reveal how large the cartoons originally were and how much is missing from the cut-up sections.