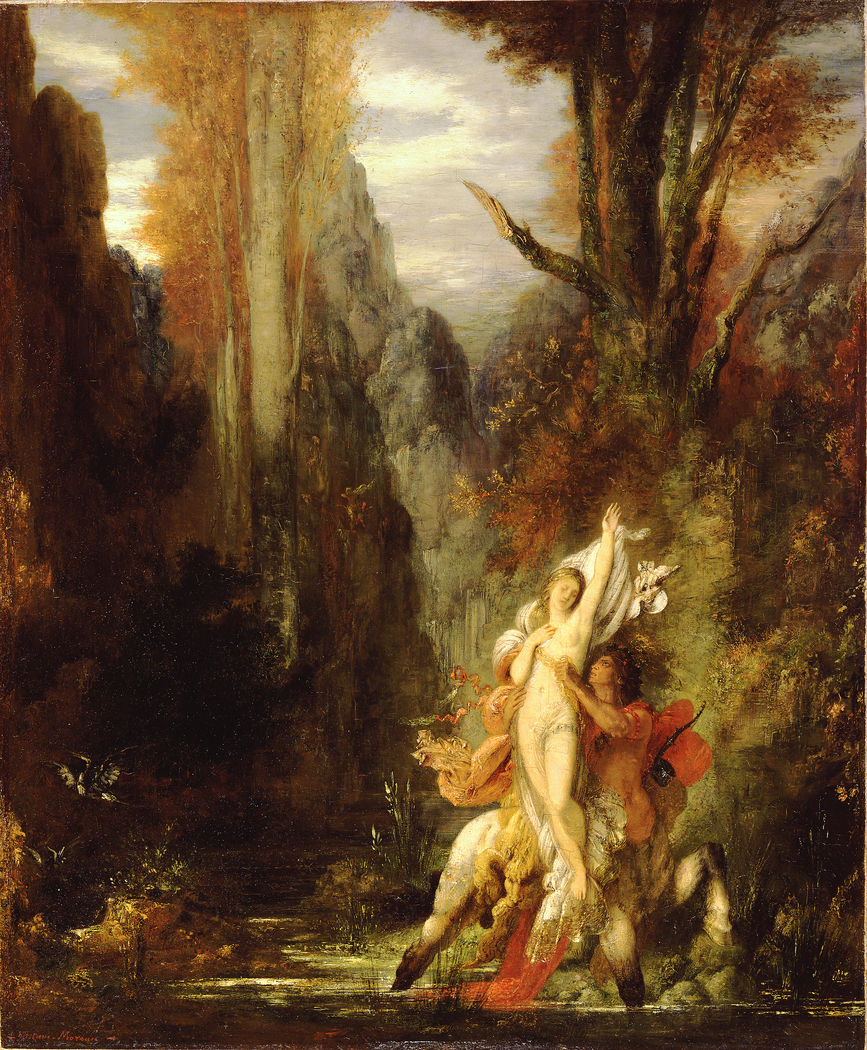 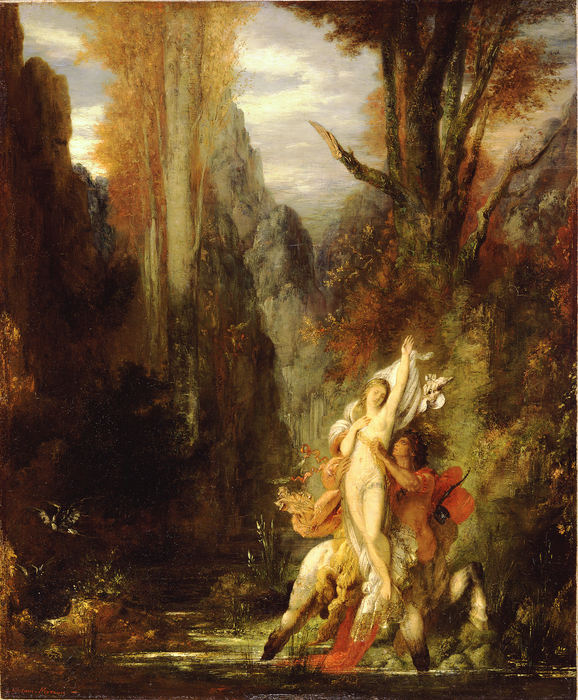 1872 - 1873
The centaur Nessus offered to carry Dejanira, the wife of Hercules, across the river Evenus and then abducted her. Having already crossed the river, Hercules hid in the rocky crags beyond, readying a poisoned arrow to let loose on Nessus.

Gustave Moreau contrasted the centaur's dark skin and muscular strength with Dejanira's pale flesh and graceful, lithe figure. Indeed, the two figures resemble dancers performing a ballet rather than opponents struggling for sexual conquest. With its jagged mountains, the hazy, mysterious landscape provides an eerie background. Moreau was not interested in presenting detailed information about the setting or its elements; he chose instead to disintegrate forms, allowing them to give way to areas of color that suggest shapes.

He meant to include Dejanirain a set of pictures representing the changing seasons; the painting's autumnal palette of reds, oranges, browns, dark greens, and creamy whites conveys its other title, Autumn. Moreau described what he had in mind to the painting's first owner:

I have tried to render the harmony that may exist between the world of nature at a certain time of year and certain phases of human life. The centaur seeks to embrace this white and graceful form, which is about to escape him. It is a last gleam, a last smile of nature and life. Winter threatens. Night is coming on. It is autumn.