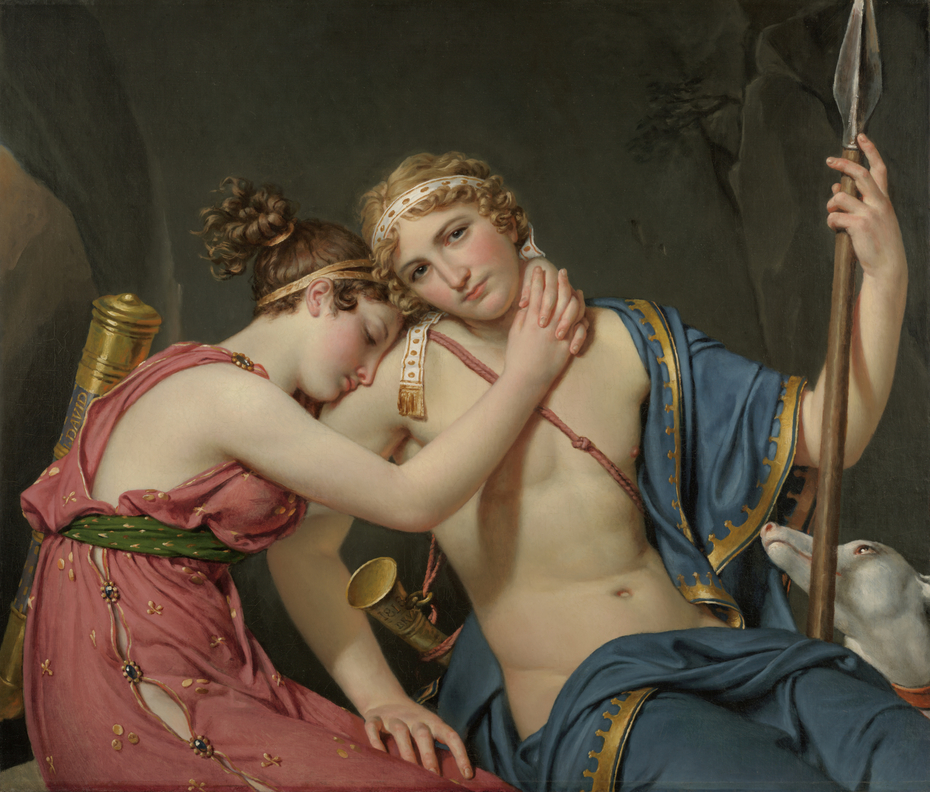 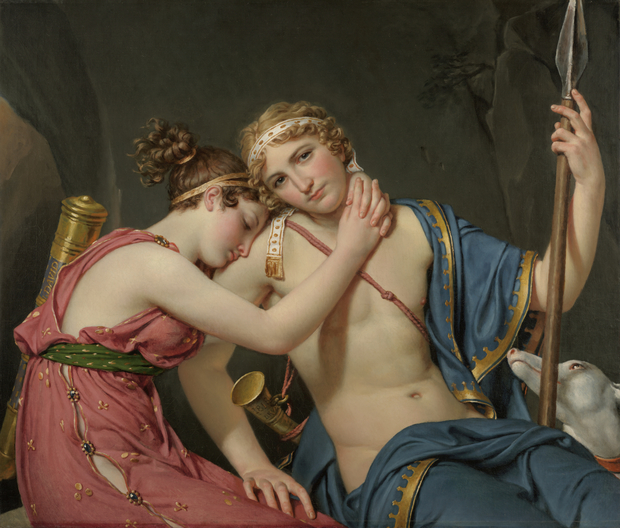 The Farewell of Telemachus and Eucharis

1818
Fixing the viewer with a dreamy gaze, the fair-haired Telemachus grasps Eucharis's thigh with his right hand while holding his sword upright with the other. In the 1699 French novel Les Aventures de Télémaque, loosely based on characters from the Odyssey, the author Fénelon describes how Telemachus, the son of Odysseus, fell passionately in love with the beautiful nymph Eucharis. His duty as a son, however, required that he end their romance and depart in search of his missing father.

The ill-fated lovers say farewell in a grotto on Calypso's island. Facing towards us, Telemachus's blue tunic falls open to reveal his naked torso. Eucharis, seen in profile, encircles Telemachus's neck and gently rests her head upon his shoulder in resignation. In this way, Jacques-Louis David contrasts masculine rectitude with female emotion.

David painted The Farewell of Telemachus and Eucharis during his exile in Brussels. The use of saturated reds and blues contrasted with flesh tones and combined with a clarity of line and form typifies the Neoclassical style, which is characteristic of David's late history paintings.