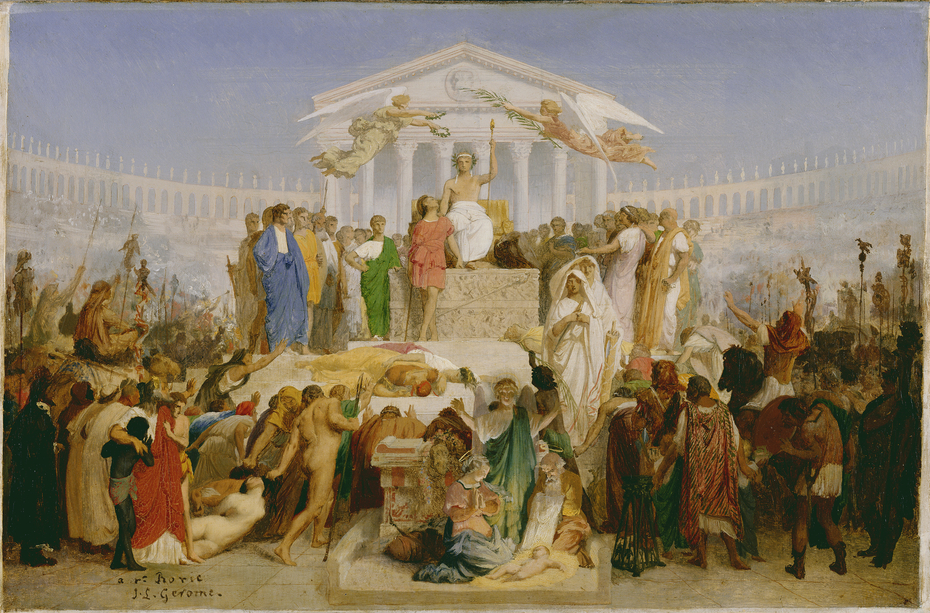 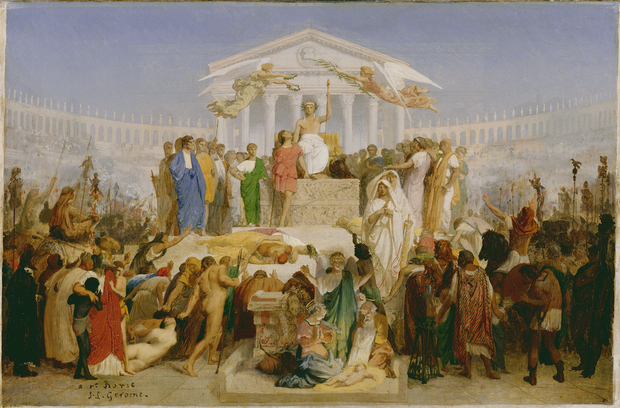 The Age of Augustus, the Birth of Christ

1852 - 1854
At the apex of this theatrically arranged study, Augustus Caesar sits in front of the Temple of Janus and touches the shoulder of a man personifying Rome. Surrounding him are scholars and statesmen while foreign tribes gather below. The Nativity scene in the foreground illustrates the coincidental moment of world peace under Augustus when Christ was born.

In 1852, Jean-Léon Gérôme received a state commission to paint a large mural of an allegorical subject of his choosing. In selecting this subject, Gérôme perhaps sought to flatter Emperor Napoleon III, whose government commissioned the painting and who was identified as a "new Augustus."

In preparation for his large mural, Gérôme traveled all over to find the appropriate ethnic types to portray the different peoples of the ancient world. When The Age of Augustus, The Birth of Christ was shown in 1855 at the Universal Exposition, his skill in depicting various nationalities led some to remark that Gérôme gave a lesson whenever he painted a picture.