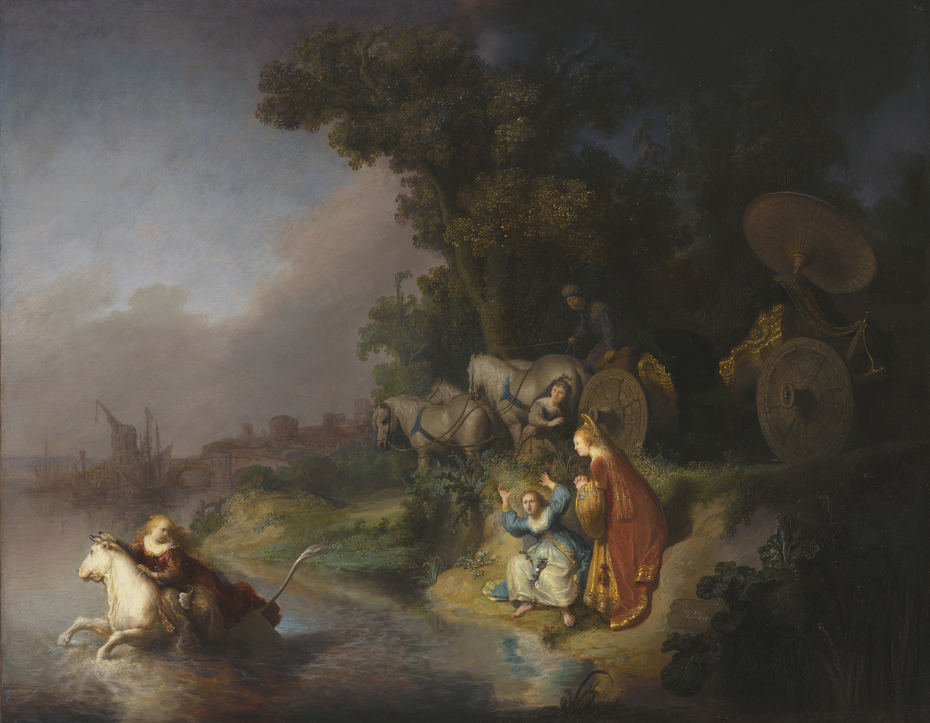 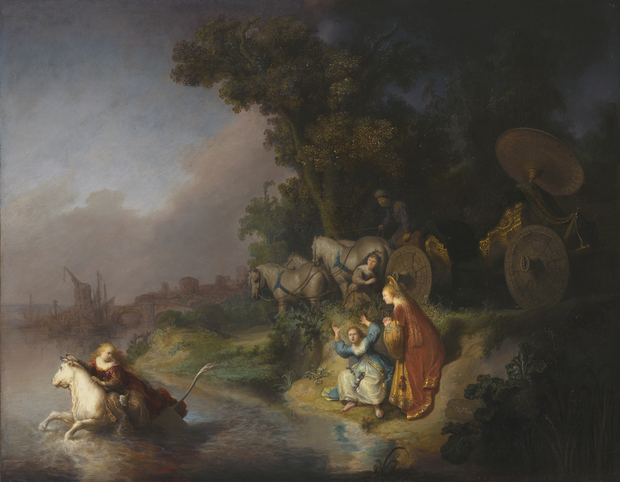 The Abduction of Europa

1632
In the Metamorphoses, the ancient Roman poet Ovid told a story about the god Jupiter, who disguised himself as a white bull in order to seduce the princess Europa away from her companions and carry her across the sea to the distant land that would bear her name.

During his long career Rembrandt rarely painted mythological subjects. Here he conveys a narrative story through dramatic gesture and visual effects. Bewildered, Europa grasps the bull's horn, digs her fingers into his neck, and turns back to look at her companions on the water's edge. One young woman falls to the ground and raises her arms in alarm, dropping the flower garland intended for the bull's neck into her lap, while her friend clasps her hands in consternation and watches helplessly. The carriage driver above rises to his feet and stares at the departing princess in horror. In the background, a city shrouded in mist extends along the horizon, perhaps serving as an allusion to the ancient city of Tyre as well as to contemporary Amsterdam.The dark thicket of trees to the right contrasts with the pink and blue regions of the sea and sky. Sunlight breaks through the clouds and reflects off the water, but the sky behind the trees is dark and foreboding.

A master of visual effects, Rembrandt took pleasure in describing the varied textures of sumptuous costumes and glittering gold highlights on the carriage and dresses.