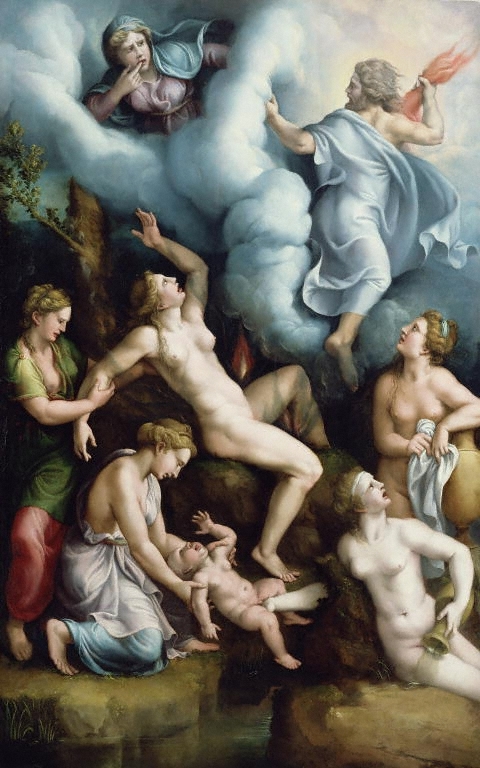 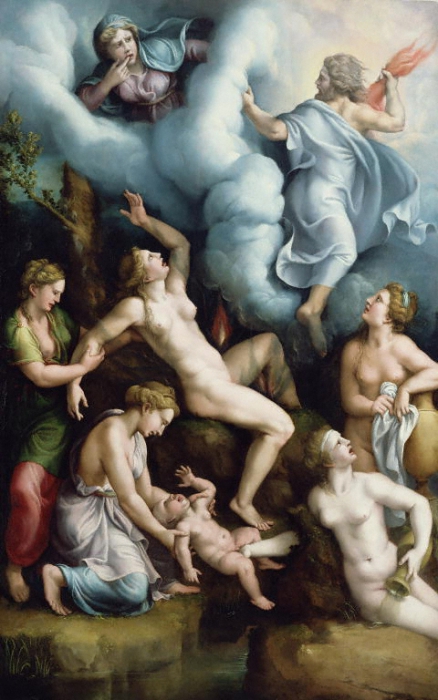 The Birth of Bacchus

In a canvas filled with half-naked, twisting bodies, the story of Bacchus's birth unfolds in a typically wry Mannerist commentary on the perils of passion. On discovering that the chief god Jupiter had impregnated the young mortal Semele, his wife, Juno, hatched a plan to end the love affair. Disguised as Semele's nurse, and knowing that Jupiter's lightning and thunder were lethal, she persuaded Semele to ask Jupiter to visit "in all his glory." Here, as Semele gives birth to Bacchus, who is caught by nymphs, she herself is consumed by flames. From the top of the clouds, Juno looks apprehensively at her thunderbolt-carrying husband.