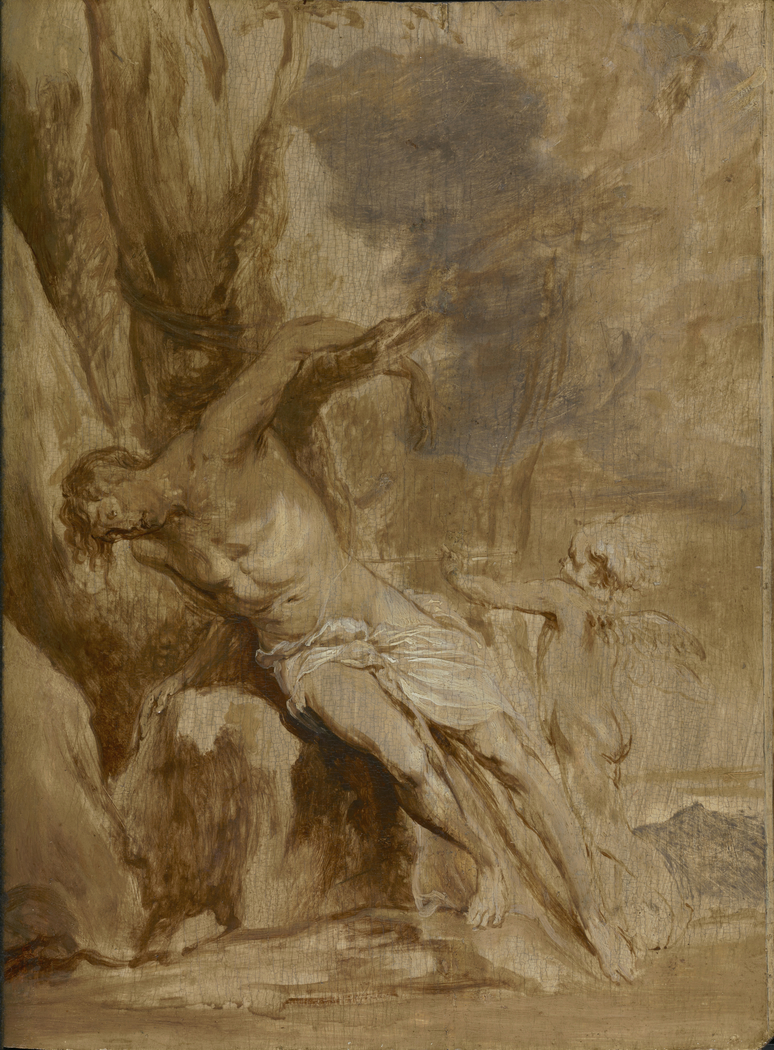 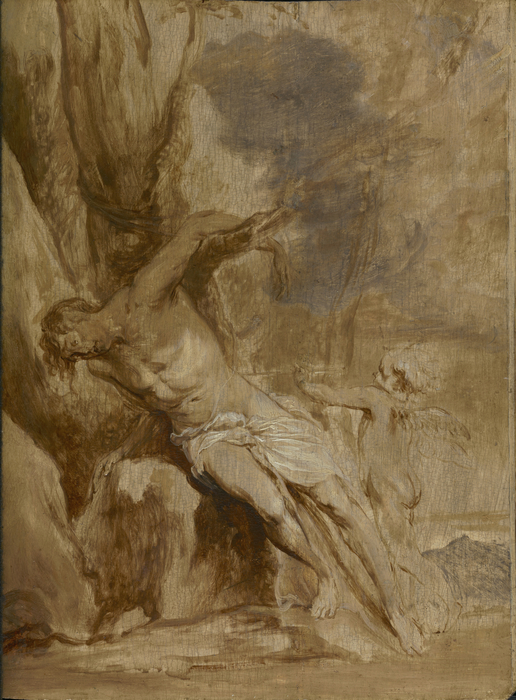 Saint Sebastian Tended by an Angel

1630 - 1632
Near death after being tied to a tree and shot through with arrows, Saint Sebastian barely notices the angel helping to remove them. Anthony van Dyck painted the subject of Saint Sebastian many times, choosing various moments in the saint's story but never focusing on the one thing that most other artists emphasized: the saint's flesh punctured with arrows. Van Dyck's goal was to explore the subject's emotional possibilities, rather than the physical wounds. In this scene, the naked and defenseless Saint Sebastian is so consumed by suffering that he is practically unaware of the angel's assistance.

Using a monochromatic grisaille technique and thin paint, Van Dyck rapidly sketched in his composition, exploring the effect of light and shadow on Christ's torso and the angel's body. He painted this oil sketch in preparation for a painting that was probably never completed or is now lost. It combines the freshness, immediacy, and fluency of a drawing with the monumentality of a large painting. These qualities characterize the Flemish oil sketch, which Peter Paul Rubens first developed as an alternative to drawing and which Van Dyck, his most gifted pupil, soon adopted.

License:
Courtesy of The Getty
For more:
http://www.getty.edu/art/collection/objects/755/anthony-van…