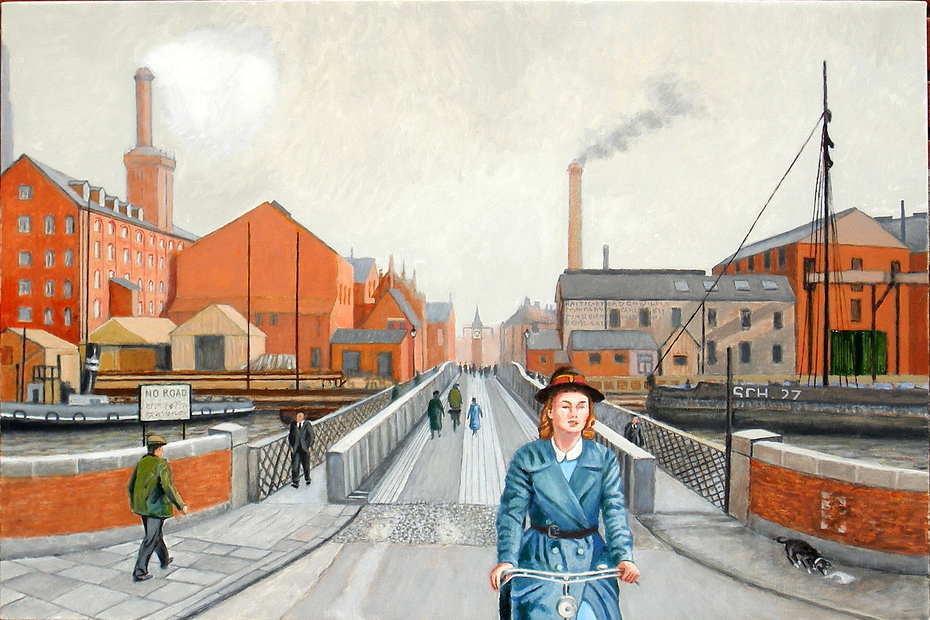 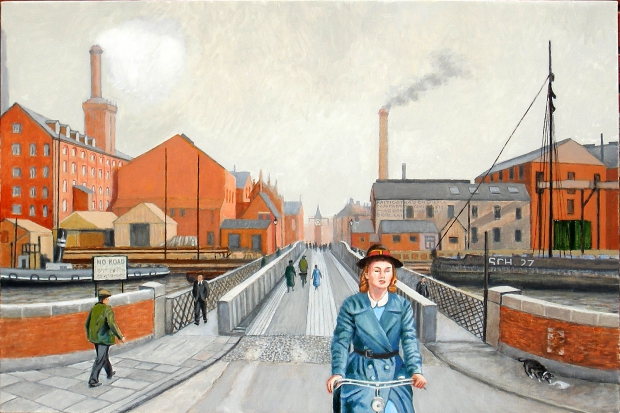 Midwife heading towards the West Marsh circa 1920

This painting depicts a midwife riding a bicycle set against an industrial townscape of the 1920s. Like delivery boys, midwives have recently become icons of popular culture in Britain. The composition was based on an old documentary, black and white photograph. The midwife has just crossed the old Corporation swing bridge that spanned the Haven Dock in Grimsby.

The dock dated from 1800 but became part of the Alexandra Dock in 1879. It created a barrier between the East and West Marsh districts of the town, hence the need for the bridge (1872-1925) available to pedestrians and cyclists only. The tug boat seen on the left was used to open and close the bridge. In the background are buildings that have since vanished. On the extreme left is a brick structure that was part of Marshall’s flour mill complex (1889 and 1906, demolished in the 1950s). Next to it is the blank rear wall of the Palace Theatre (1904-79) a music hall and later cinema. Adjoining the Theatre is the Palace Theatre Buffet which is the only building still standing at the time of writing.

Across the bridge in the centre can be seen the Central Market square built in the 1850s with a clock tower dating from 1870 (all demolished in the 1950s and 1960s). On the right is an engineering works that no longer exists. Modern Grimsby was a consequence of 19th and 20th centuries' industrialisation but has since been subject to the opposite process of de-industrialisation. 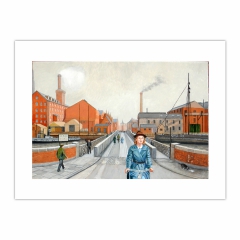