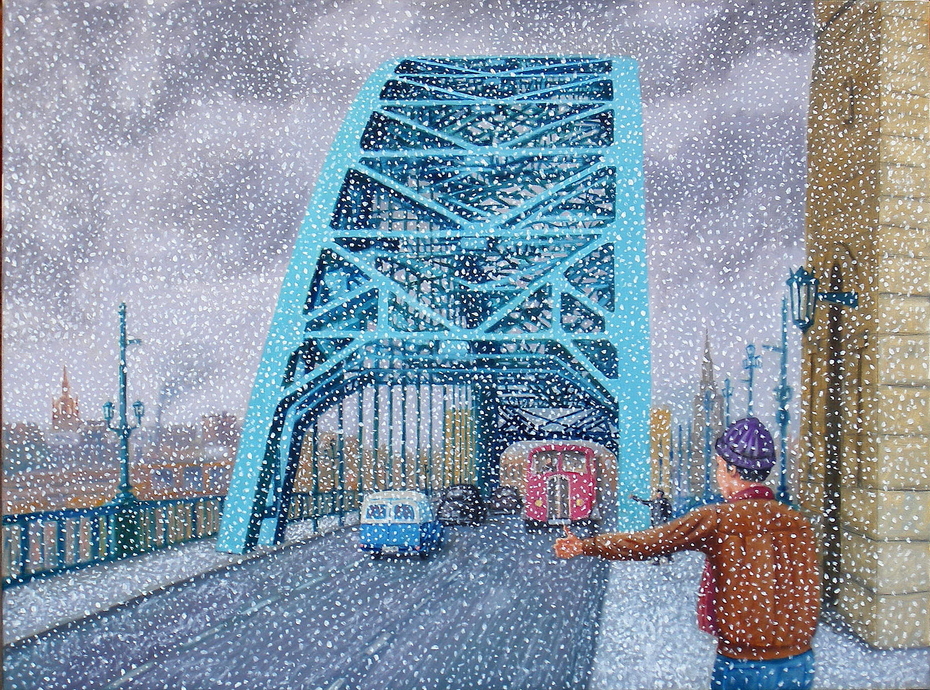 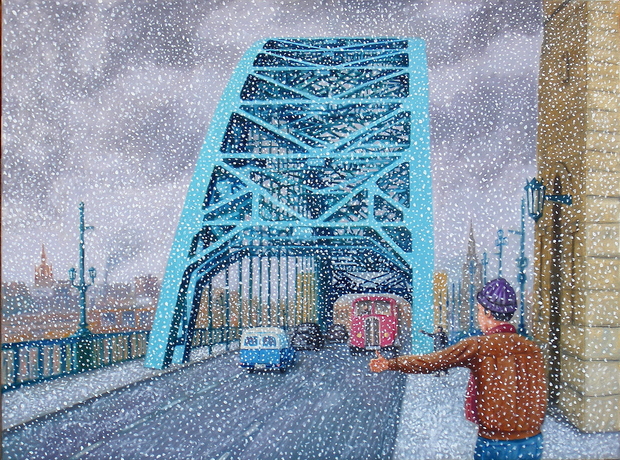 2013
This painting depicts the beginning of an epic journey hitchhiking from Newcastle upon Tyne to London on a cold, winter’s day in February 1959 undertaken by two art students - myself and Edwin Beecroft. Our motive was an urgent desire to see an exhibition of ‘action’ paintings by the American abstract expressionists - Pollock, Kline, Rothko, de Kooning, Gottlieb, Guston, Still, etc - then appearing at the Tate Gallery under the title ‘The New American Painting’. This was the first, large-scale showing of such works in Europe. Since we could not afford the train fare to London, we decided to hitchhike in spite of the long distance (285 miles) and the harsh weather conditions. We set off from the Tyne Bridge (designed by the London engineering firm Mott, Hay and Anderson and opened in 1928) at about 8 in the morning and reached London by the evening. The journey was quite a dangerous one given the snow and ice, and the single carriageway character of the Great North Road or A1 that existed before the building of motorways in Britain. Perhaps the lorry and car drivers who picked us up took pity on two frozen travellers. That night we slept on the floor of a student flat in Muswell Hill and viewed the exhibition the following day. It was well worth the hazards of the journey. 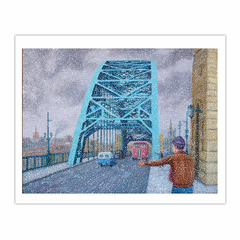