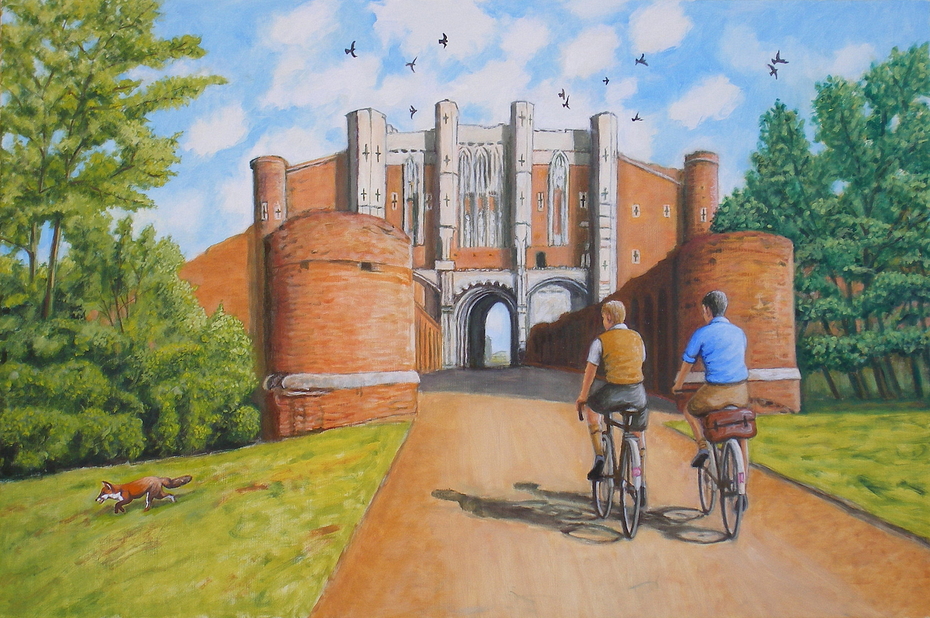 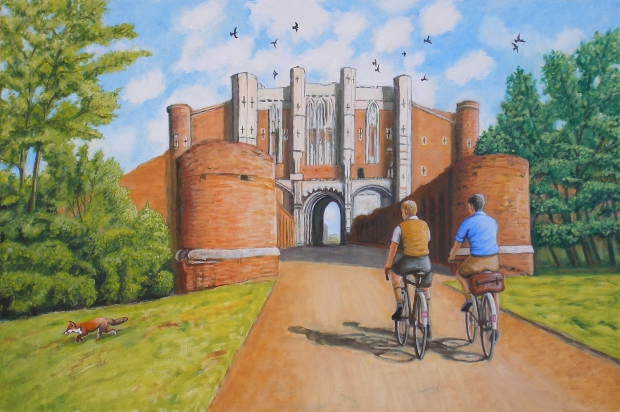 During the 1950s, as a teenager living in Grimsby, I sometimes cycled with a friend to Thornton Abbey, a ruined Augustinian monastery (founded 1140 and suppressed in 1539) located close to the River Humber in North Lincolnshire about 16 miles from the town. King Henry VIII once visited the monastery. The Gatehouse, built from brick in 1377-82, is the best preserved section of the ruins. It was a picturesque place to visit and provided a goal for a day’s outing in the countryside. Given the youth of the cyclists and the fact that they are travelling towards the vanishing point on the horizon, it would seem they are heading for the future but, paradoxically, the building towards which they are heading dates from the distant past. 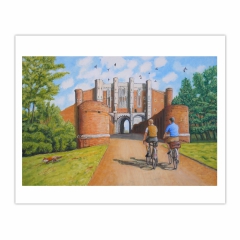