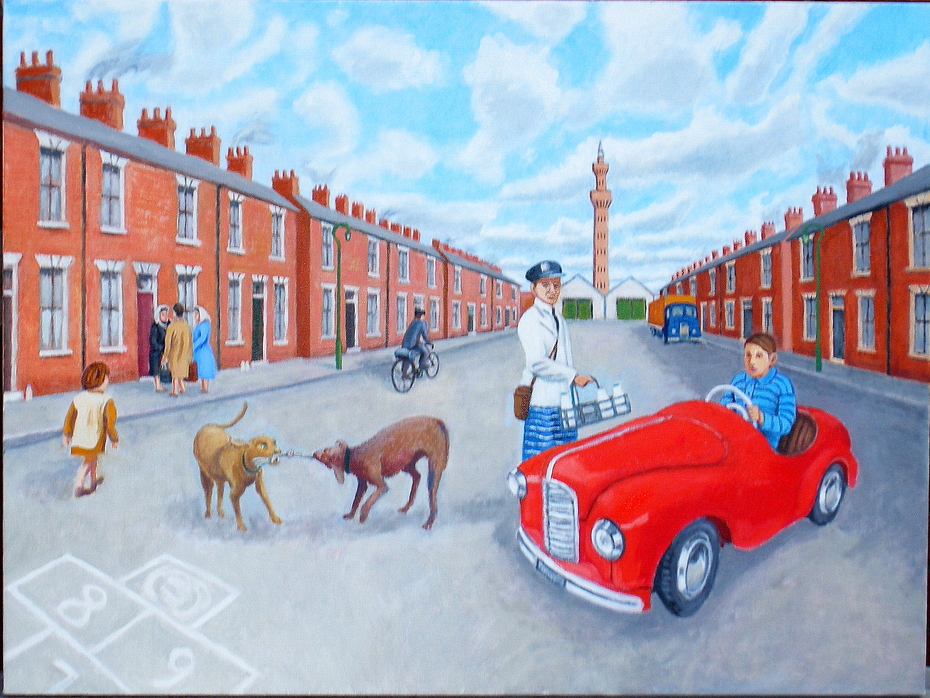 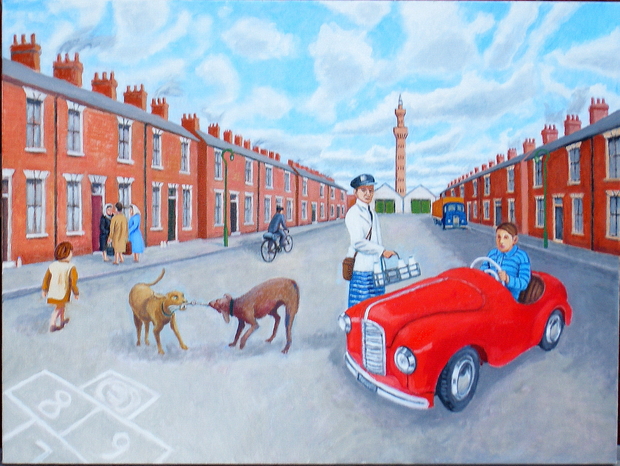 2012
One Christmas in the 1940s my parents bought me a red pedal car (an Austin J40 I believe) that I enjoyed riding up and down Newmarket Street in Grimsby. The red-brick terraced streets near the docks were the consequence of the nineteenth century industrial revolution - the growth of the fishing industry and railways - that is, they were workers’ housing serving the fishing industry and the docks. The small houses had no bathrooms or inside toilets; they had back gardens but no front gardens. In the street there was little traffic so children could play games like football or hopscotch without danger. I learnt more about life and sex from my playmates than from my parents.
In the painting there are no automobiles because at that time few working class people owned cars. The cyclist is emblematic because most workers used bikes to commute to work and they were helped by the flatness of the terrain. The milkman is also emblematic in the sense that homes were serviced by numerous firms delivering Sunday newspapers, groceries, milk, coal, crates of soft drinks, etc.
Dominating the Grimsby skyline is the red-brick Royal Dock Tower, a water tower designed by the Victorian architect James William Wild (1814-92) dating from 1852. Later I learned that this structure referenced the Italian Renaissance because Wild’s design was based on the Torre del Mangia, Palazzo Pubblico (1338-48) in Siena.
At one end of the street was Albion Street which had small workshops and factories. I recall once seeing a herd of sheep being driven along the road towards one of these buildings with large double doors and a bad smell. The sheep never emerged alive because the building was, of course, a slaughterhouse. 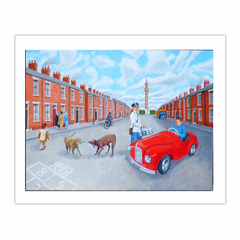