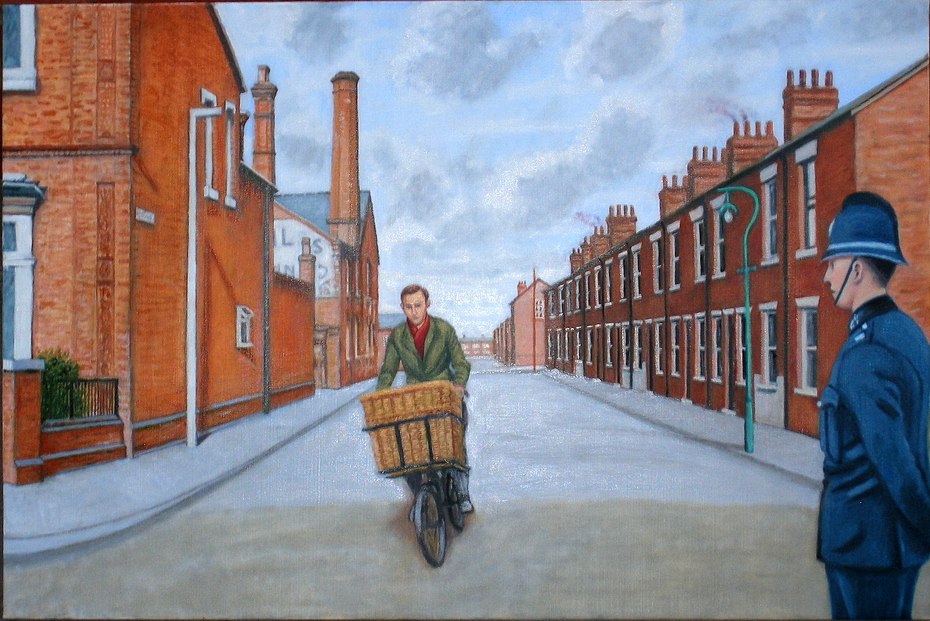 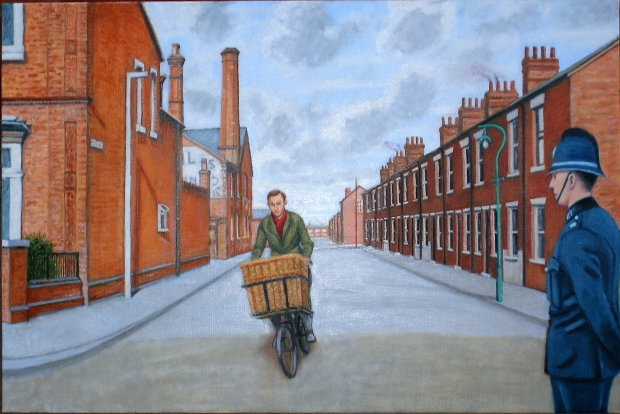 2013
As a teenager during the 1950s I earned pocket money delivering Sunday newspapers in the East Marsh district of Grimsby close to Freeman Street. The paper round and several more were owned by a very ill shopkeeper - W. Barnett & Sons - located at 140 Victor Street. Early one winter morning I was admonished by a bored police constable for failing to stop at a crossing despite the fact that the streets were deserted. He then examined the heavy trade delivery bicycle I was using and found it dirty, defective and unsafe. We proceeded on foot to see the shopkeeper - who, ironically, sold and repaired bicycles - and he was given a dressing down. The following Sunday I discovered the bicycle had been cleaned and repaired. The painting features a composite of two streets one of which is Hamilton St. The industrial building with the chimney on the left was a soft drinks bottling factory - W. M. Hill & Son - which dated from 1890. The company closed down in 1967 and the building became derelict and is due to be demolished. The corner house with fancy brickwork on the left of the painting belonged to the owner of the factory. 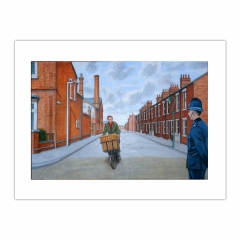