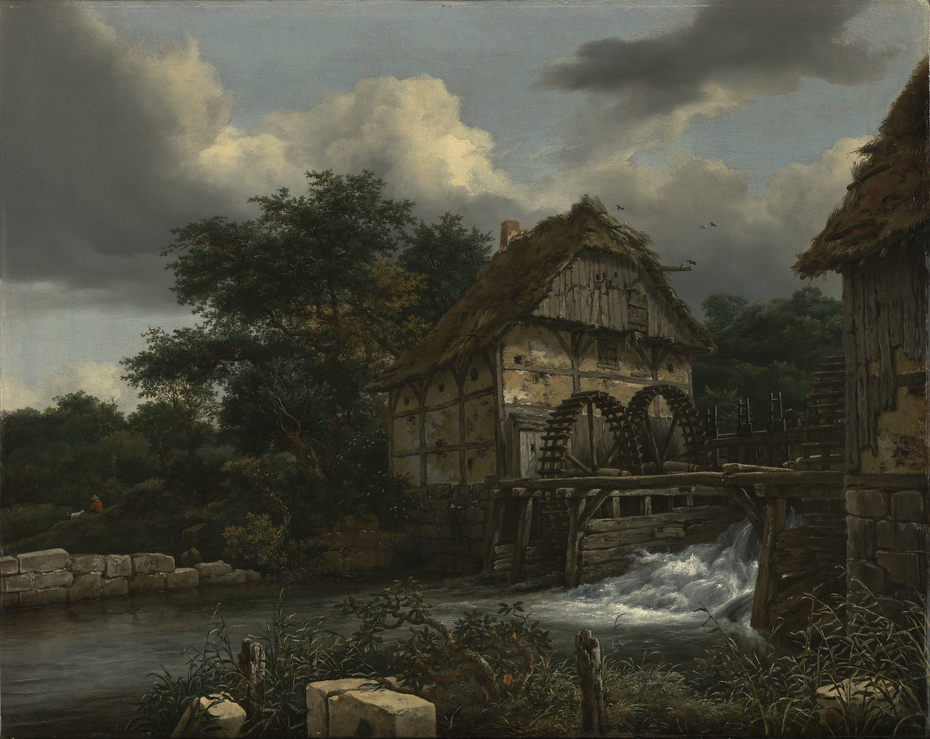 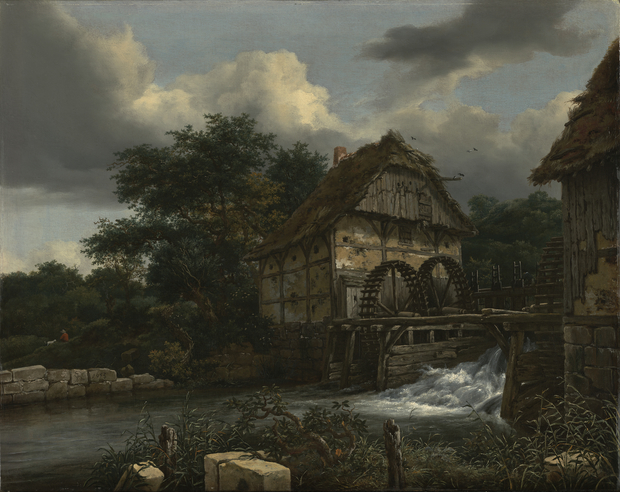 Two Watermills and an Open Sluice

1653
Jacob van Ruisdael captured the tension between nature's power and human needs. Glimpsed from the bank of a stream amid thick foliage, turbulent waters rush through an open sluice. Inclement weather is suggested by the dark clouds; uneven, craggy branches and spreading trees grow on either side of the river. Against the ominous sky, the buildings appear solid and sturdy, and a solitary male figure with his dog seems dwarfed by the natural setting. Sunlight breaks through the heavily clouded sky and settles on the central motif of the two half-timber thatched millhouses.

When he was in his early twenties, Ruisdael traveled to Germany from his native Haarlem. He became captivated by watermills on his travels and painted a series of views featuring them as a central motif. This painting is one of six known variations on this theme and the only one that is dated.

License:
Courtesy of The Getty
For more:
http://www.getty.edu/art/collection/objects/699/jacob-van-r…