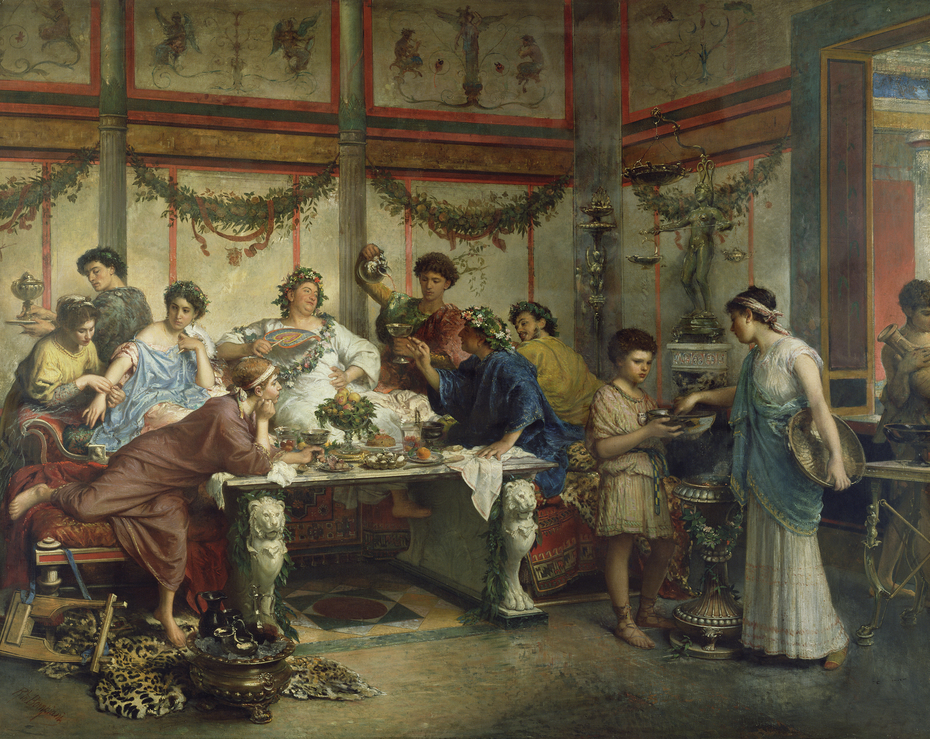 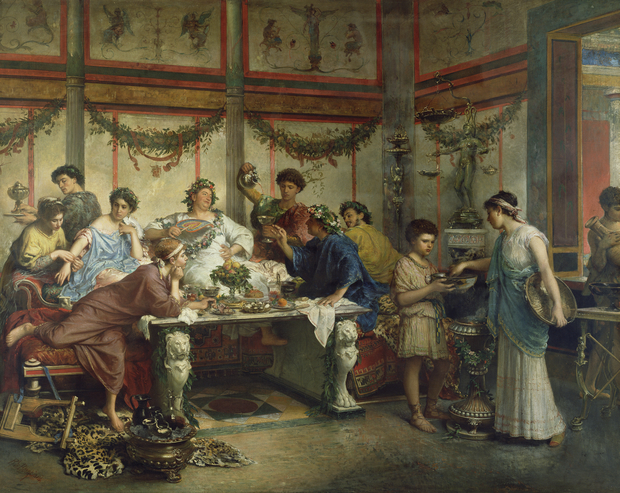 1890 - 1900
Except for the portly man at the table's center, the figures are quintessential "Marble School" creatures, physically perfect, with soft, smooth skin as polished as the marble that surrounds them. Roberto Bompiani delighted in depicting varied textures and patterns, from the leopard-skin rug to the marble floor and table and a shimmering satin dress.

Bompiani did extensive research to create the effect of authenticity, though he often mixed styles and periods in one canvas. He based the frescoes and inlaid marble floor on Roman models, while the stone and bronze tables, lamps, and vessels depend variously on Greek, Roman, and Etruscan sources.
Bompiani's imaginary genre scenes of Roman life, told with a combination of photographic realism, idealization, and archaeological accuracy, became popular in the late 1800s.