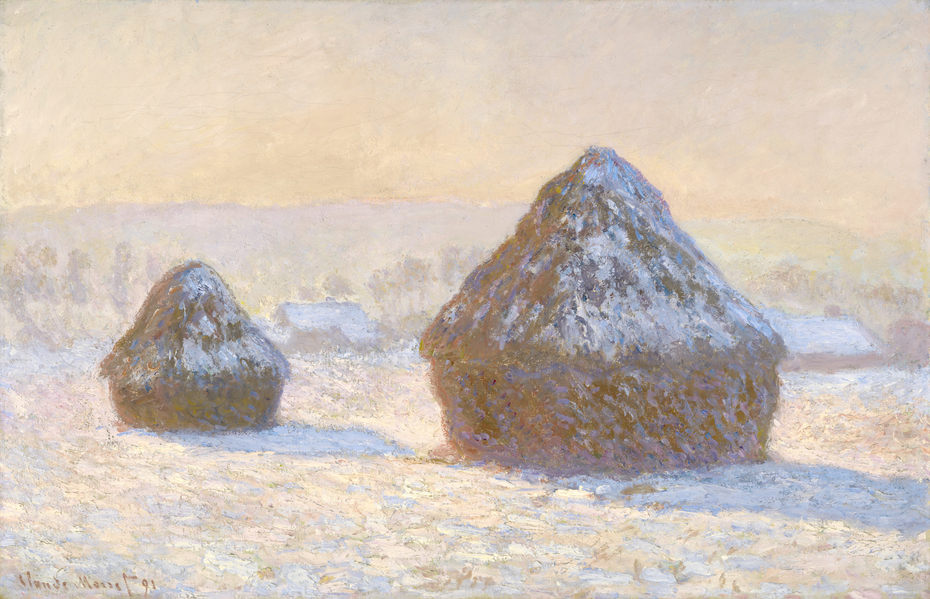 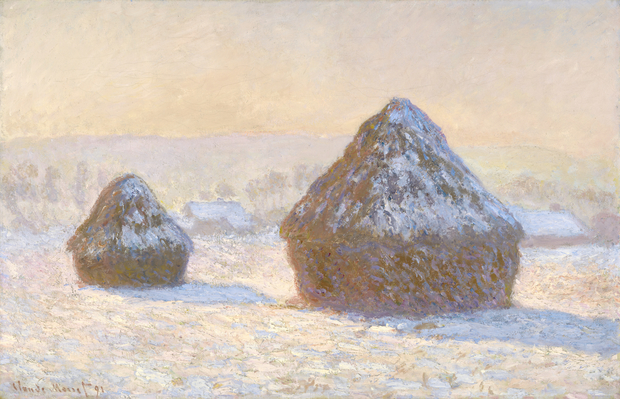 1891
In the fall of 1890, Impressionist Claude Monet arranged to have the wheatstacks near his home left out over the winter. By the following summer he had painted them at least thirty times, at different times throughout the seasons. Wheatstacks was Monet's first series and the first in which he concentrated on a single subject, differentiating pictures only by color, touch, composition, and lighting and weather conditions. He said, "For me a landscape hardly exists at all as a landscape, because its appearance is constantly changing; but it lives by virtue of its surroundings, the air and the light which vary continually." After beginning outdoors, Monet reworked each painting in his studio to create the color harmonies that unify each canvas. The pinks in the sky echo the snow's reflections, and the blues of the wheatstacks' shadows are found in the wintry light shining on the stacks, in the houses' roofs, and in the snowy earth. With raised, broken brushstrokes, Monet captured nuances of light and created a solid, geometric structure that prevents the surface from simply melting into blobs. The wheatstacks are solid forms, and, while the outlying houses are indecipherable close-up, they are clear from a distance.